Home News Updates No one injured in Minden fire 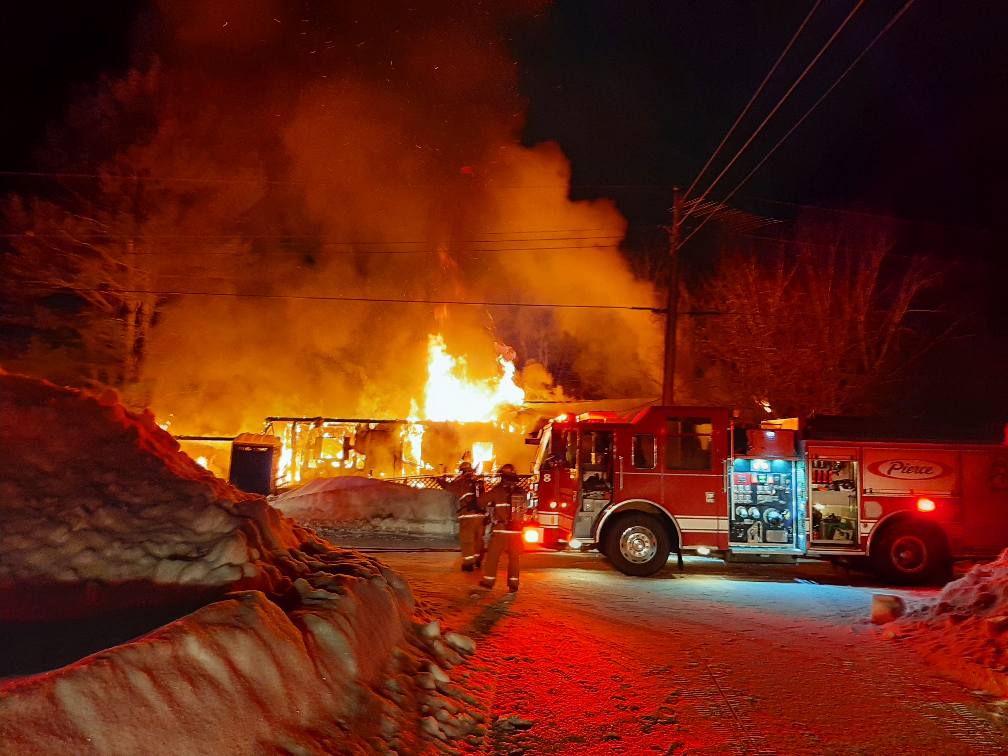 Johnson said the occupant was not home at the time of the fire.

He added the mobile home was under repairs and work was being completed on the interior.

He said the blaze was noticed by a neighbour and a township staff person on their way to work.

The Minden Hills Fire department responded to the single story, single-family mobile home at about 5.18 a.m.

Johnson said they arrived five minutes later “to find a working fire with flames and heavy smoke showing and the fire was self-ventilated.”

He said the first engine arrived at 5.29 a.m. and handlines were deployed at the south end of the building.

There were 11 firefighters on scene with one engine, two water shuttles, rescue unit, two command vehicles and EMS.

Water was shuttled from the hydrant at the Foodland in Minden as the main engine drafted from the portable tank.

The fire was listed as out, or under control, at 8.30 a.m. with the department leaving the scene at noon.

Johnson said new Deputy Fire Chief, Shain Duda was in command “and performed exceptionally at the scene and controlled the site for a safe and organized control of the incident.”