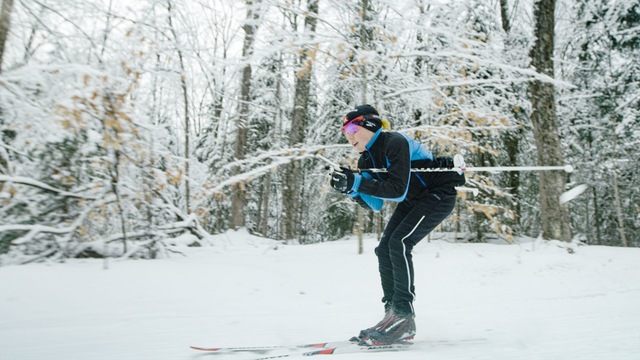 Haliburton teen, Evan Armstrong, will debut on the big screen when he appears in an episode of All-Round Champion on TVO Jan. 27.

In the series produced by Canadian entertainment company marblemedia, each of the episodes features 10 of North America’s most decorated young athletes competing in the ultimate competition in winter sports. The catch is they aren’t competing in their own sport but in each other’s.

Lianna Cohen of C2C Communication said, “Armstrong definitely has something to prove, as he is a multidisciplinary athlete. He’s participated in soccer, basketball, volleyball, track and field, mountain biking, triathlons and cross-country skiing. He’s always been skiing; however, he didn’t start competing competitively until last year.”

Evan, who is 15 and attends Lakefield College School told The Highlander that being part of a TV production was quite a memorable experience.

“At times it was super fun but sadly it was also boring at times. One of the sayings in the TV show world is ‘hurry up and wait’. and is that ever true.”

He added that he now knows how much work and how many people go into creating a TV production.

“There are so many people involved in the filming of the show and a lot of others involved in behind-the- scenes stuff (advertising, editing, etc.).

Evan said being in this type of TV show was fun and he met some amazing athletes and got to try new sports that he had always wanted to try.

He has already seen the production as it aired in the States earlier on BYUtv.

“I feel that it went well. There were a couple of embarrassing moments that ended up getting aired, which I am not very fond of but overall, it went well. With all the takes they took they have quite a few that turned out well,” he said.

He said he thinks Haliburton County and other viewers should watch the show because it is an engaging competition show with an entertaining cast.

“It’s really interesting to see how well kids can learn a new sport in just three days that they are unfamiliar with and then go on to compete in that sport. Although I have already seen the show once I will likely watch it again (especially the episode coming next week) because it is something that I really enjoyed filming and am interested in. I’m also excited for it to come out because I want to know what my friends and viewers, that haven’t seen the show before, think of it.”

Each episode features a guest Olympian judge who assists in the training, all while the contestants are scored on skill, sportsmanship and improvement.

At the end of the series, one of the remarkable young athletes will be crowned the All-Round Champion.

The series was filmed pre-pandemic last winter in Canada and is available to view through tvokids.com 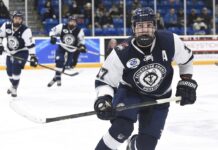 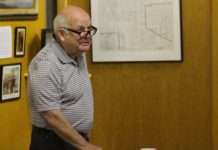 Richardson: ‘We’re playing for the County’