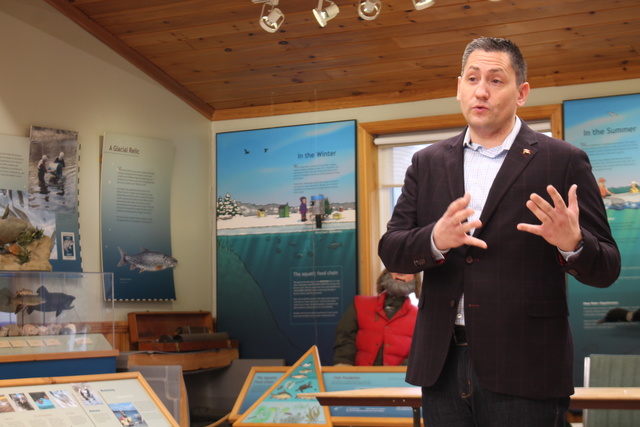 At the in-person AGM at the fish hatchery, Schmale said in his opinion, Health Canada could be more “vigilant and responsive” when it comes to approvals.

“Where I think Health Canada has a role, as we move forward, is rapid testing. Health Canada, in my opinion, has been a little slow in terms of approving some of these tests,” Schmale said.

He said a number of new tests have been approved in the United States and the European Union, adding experts say the EU is the gold standard. However, he said the same tests have been waiting for the green light by the Government of Canada.

Schmale said one test he has personally witnessed takes about three minutes to determine whether someone has COVID, does not, or has ever had the virus and now has antibodies. He said it is similar to a diabetes prick test that presents a small droplet of blood for analysis.

He said with rising numbers across the globe and some Canadian cities going back into lockdown, rapid testing is key.

“Because I can test myself almost daily, and people can take themselves out of circulation. Right now, you could go days without actually knowing you have it. You could be infecting people all along the way.”

Preparing for Christmas, he said families and friends could know within three minutes whether anyone has COVID. He added when it comes to frontline workers in long-term care homes, they could also test themselves before every shift and have an answer within three minutes, thus limiting exposure to vulnerable seniors.

Schmale also touched on vaccines, saying he knows of three that are currently showing good signs of battling the virus with people of all ages. He noted that some require extreme cold so may be more problematic to store and disseminate. He said others are not requiring such extreme storage conditions. Schmale said the news is “encouraging, and will hopefully get us back.”

He added for those who are concerned about being vaccinated, rapid testing remains an important part of the process.

Schmale also briefly touched on his new role in the Opposition Conservative government, that of Shadow Minister for Families, Children and Social Development. He also discussed his Save the Walleye project.

Schmale is also asking constituents to vote on Bill C-7: the Medical Assistance in Dying Act (MAID). Bill C-7 proposes amendments, as MAID is already legal Schmale has committed to voting based on constituent response. County residents are receiving information in the mail and Schmale expects Third Reading before the end of December.