Home Business Putting the general store back in mercantile 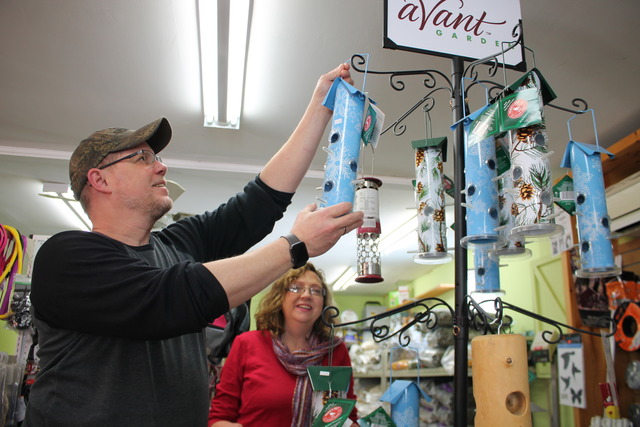 The new owners of Minden Mercantile and Feed Co. Inc. are hoping to stick to the tradition of a good, old-fashioned general store, while looking to add and improve moving forward.

Marc and Cyndi Wilkens officially took over the 131 Bobcaygeon Rd. business on Nov. 3.

The couple, who have lived in Kinmount for seven years, said they’d spent the past five years looking for a business to buy in the area but found options were few and far between, especially for something they were interested in.

Their passions include a 75-acre property with horses, chickens, and three dogs. They love the outdoors and Marc likes to hunt. And they do a bit of farming and homesteading. In fact, Marc said he’d been coming to Minden Mercantile as a customer for several years.

A few months back, he was chatting with Kelly Pearce, who was at a crossroads.

“And something just popped into my head, I said, ‘Kelly, have you ever thought about selling the business?’ We decided to think about it more, to pray on it, and to come back together. And we worked on it over a couple of months,” Marc said.

As Marc runs an online business but wants to transition full-time to the store, Pearce helped him get some new staff in.

Marc said the business is in an older building in town that’s been around awhile in a few different iterations.

“The term mercantile was the general store. You think back in the olden days. People would go to the mercantile to get their food, their feed, to pick up sewing supplies, whatever. And one thing we both realized in this area is you’ve gotta’ drive 20 minutes here, or 40 minutes there, or an hour, to get the things you need. And locally here there’s certain things that farmers, bird lovers, homesteaders need that they have to drive a fair distance to get, so we see an opportunity to expand the business here and be a bigger part of the community.”

Marc said that could involve expanding the size of the warehouse and the retail space.

They also want to use the yard, whether it’s an outdoor cage, permanent gazebo with chicken coops, fencing, wiring, gates, shovels, wheelbarrows, hardware for farming, for seasonal items, such as skids of salt.

But before doing any of that, Marc said they are talking to customers, trying to get to know them, understand them and find out what they want. He said it is a diverse customer base, from someone who buys bird seed for art, to a cat sanctuary owner to farmers and homesteaders.

Cyndi adds, “and they want to learn about homesteading and how they can be more self sufficient so we want to be able to fill that need.”

Marc added they are also contemplating hosting events, for example speakers for people who want to learn about horses, chickens or gardening.

They’re now on Facebook and hope people will post about their animals, whether wild or pets. They’re also incorporating online ordering and curbside pickup.

“We’re already getting great feedback from people and have already activated new products in store. We’re excited and we’re having fun doing it,” Marc said.

A peaceful tradition continues at Shalom