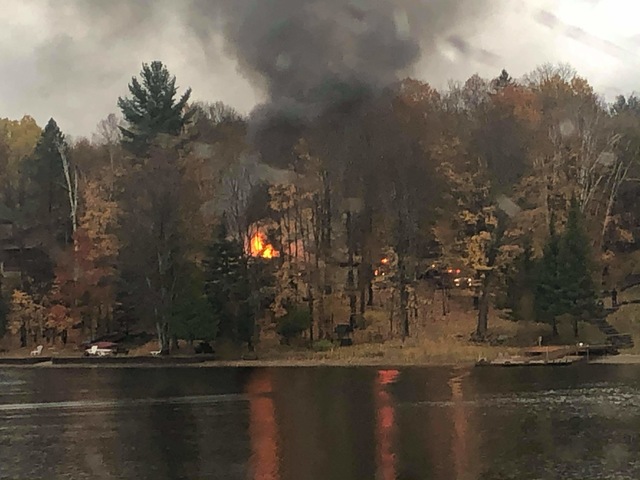 No one was hurt when a cottage caught fire in Minden Hills Oct. 15.

“With four firefighters arriving with the initial group, we deployed two hose lines to contain the fire,” Johnson said.

He said the resident of the cottage was on scene, discovered the fire and reported the situation, including that there was no one in the building.

He said his department quickly controlled the fire with the initial team while the second arriving team set up a portable pump from the lake to provide water to the fire engine.

The fire was controlled by 6 p.m. and extinguished by 7 p.m. with the fire department off scene by 7.30 p.m.

“I would like to thank the volunteers that responded to assist with the control of the structure fire. Everyone was a great help and the teamwork displayed allowed us to have the fire under control in a short time,” Johnson said.

“We also would like to thank Dysart et al fire department with their assistance during this incident. They provided a valuable service and we greatly appreciate having the resources available when needed. “