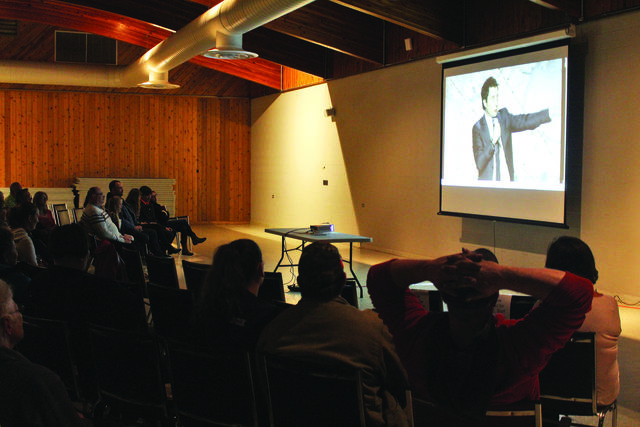 CBCs Still Standing is planning to film in Minden the week of Sept. 20, and then present a pandemic-revised live comedy show at the fairgrounds later in the week.

Minden Hills staff and councillors discussed the visit during their committee of the whole meeting Sept. 10.

While the national broadcaster first pitched the idea at a June 18 meeting, and planned to film in July, it was delayed due to COVID-19.

They approached the township again recently about kickstarting the project.

CAO Trisha McKibbin said, “They have reached out to us and we’re seeking some direction and comfort from council, specifically regarding the comedy show portion.”

Still Standing is one of CBC television’s flagship shows, now filming its seventh season. Hosted by Canadian actor and comedian Jonny Harris, it explores the challenges facing small communities across Canada and celebrates their people.

McKibbin said CBC is recommending the comedy show portion be a closed event, and not open to the general public. She said they would limit numbers to 100 as per provincial government guidelines for outdoor gatherings. They’re recommending that only people filmed and their families be invited and it would be outdoors in the bandshell area of the fairgrounds. Each participant will be seated within their family bubble; six feet from another bubble; masks required; no lineups; and hand sanitizer provided.

She said the township’s emergency control group has questioned whether 100 people is too many and if there could be a drive-in element.

Deputy mayor Lisa Schell said she spoke with story producer, Shayla Howell, “and I felt very confident that they were in control and had a good plan put in place and they definitely were willing to work with the municipality.”

“I know I go to the grocery store and I’m in a building where there’s way more than 100 people there, so I don’t see how, being at the fairgrounds, separating 100 people, will be an issue,” she said.

Coun. Jennifer Hughey said there are other areas in Ontario doing similar things and Ontario’s 100-person limit for outdoor gatherings is lower than Montreal, for example, which allows 250.

“It’s really at people’s comfort level as well as how we would like to protect our staff,” she said.

Coun. Hughey said she had accepted a job as a fixer for the show. She said it is a paid position but she would donate the money to the Minden Community Food Centre.

Coun. Pam Sayne said she’s excited about the event and thinks it’s great that it’s proceeding. However, she said the emergency control group had denied other events, so pandemic decision-making needed to be reviewed in future.

She also wondered if the general public could not access the show via Zoom.

McKibbin said the emergency control group has said no to events in the past, a month to six weeks ago, and that has been part of the discussion as, “we don’t want to feel we’re being selective in saying yes to one group and no to another.”

Coun. Bob Carter said he’s fine with 100 people and not lowering the number since, “if we are within the rules and the guidelines and we are practicing all the necessary precautions, I’m in favour of allowing this to go forward.”

Coun. Jean Neville added, “I think it’s great that we proceed and it sounds as though CBC has done a great deal of extensive research and planning and it might be an innovative concept to do a combination of the family pod and a drive-in and that would accommodate the 100 maximum. I’m in agreement with it going forward.”