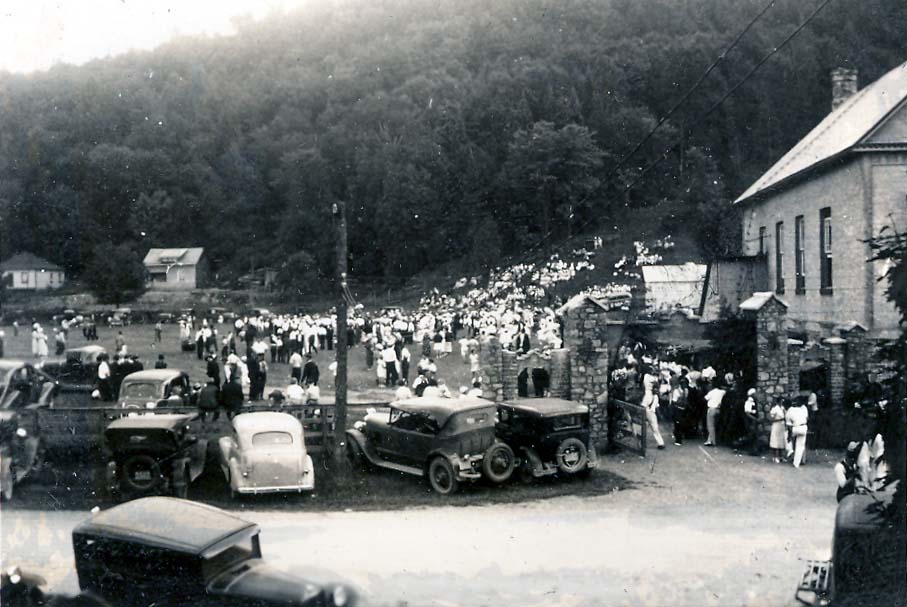 Late on Saturday night, Sept. 9, 1939, Parliament was called into session to vote whether Canada should be ranged alongside France and Britain in the war against Nazi Germany. Canada had no flag, but would fight under the Union Jack. The ‘yeas’ were said to have rocked the House, and in the morning, a stunned nation was at war.

The government appealed to everyone to be on the lookout for saboteurs, and 10 First World War veterans from No. 10 branch of the Royal Canadian Legion attended at the hydro plant at Leaside to protect it from saboteurs. Toronto Police set up a special squad to look for illegal aliens, while in Haliburton County, citizens were concerned with the Orillia Light and Power dam. Initially, Mackenzie King did not want a large army. This would mean conscription, and conscription in Quebec would be political suicide.

The reason for joining active service in Haliburton County was probably the same as in other parts of Canada. While some saw the fight against the Nazis as a crusade against evil, most enlisted to escape unemployment and poverty.

During the winter of 1940, pneumonia claimed the lives of many Haliburton County residents. Two mothers of nine small children each come to mind. Mrs. Norman Harrison, and Mrs. McKnight. With antibiotics not yet invented, the mustard poultice and prayer were the only remedies.

While Canadians were eager to fight, they were ill-equipped. It was estimated in 1940 that Canada’s ammunition supplies would be exhausted after 90 minutes of fighting. The nation had no facilities for producing rifles, machine guns or other weapons. Almost none of the R.C.A.F. aircraft were fit for combat, and the navy was so unprepared that 14 American yachts were purchased for coastal water patrol. But, on December 10, 1939, the First Canadian Army Division of 7,500 men sailed from Halifax, arriving in Britain on December 17, 1939.

Canadian servicemen had earned a reputation for courage, service and sacrifice, and at home, young and old devoted their time to the war effort, thus, it is not surprising that when the war ended, Canada had the third largest navy and army and the fourth largest air force in the Western world. In uniform were 740,000 Canadian men and women and 45,000 lay in cemeteries around the world.

Cigarettes sold for 25 cents a large pack, and smoking became the very ‘in’ thing for the ladies. Food rationing would become necessary later.

Left to Tell: Part 17 – Continue to fight for freedoms...