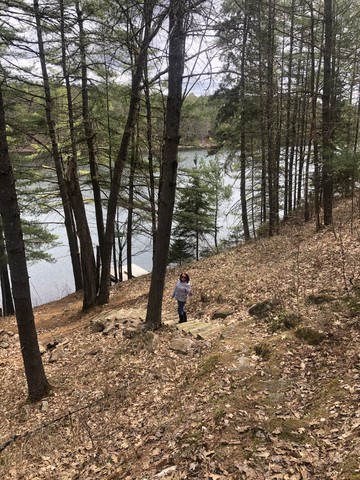 Haliburton County realtors are feeling optimistic about the future despite the challenges COVID-19 has thrown at them so far this year.

Andrea Strano of RE/MAX Professionals North added, “it’s definitely not business as usual, but just in the last couple of weeks, it’s been more of a normal pace for us, so that’s positive.”

The two said COVID-19 has brought change to their industry: both in terms of how they operate and trends going forward. With real estate being an essential service, they were never shut down. And, unlike the Greater Toronto Area (GTA), they have never been reliant on open houses, so that has been a plus. They have turned to more virtual marketing. They have also been able to visit properties under strenuous public health guidelines.

“Viewings are happening by all the social distancing measures,” Strano said.

So, while she’s looking forward to eventually going back into the office, Strano said she’s steadily working from home. She added that sellers are more comfortable putting properties on the market now that restrictions are easing and the weather is getting nicer. She said people are feeling reassured by COVID-19 protocols.

Hodgson said he reviewed real estate activity after SARS, and 9/11.

“There was quite a push out of Toronto after each of those episodes.”

Following COVID-19, he added, “we are going to have low interest rates like we’ve never had before, and there will be greater demand. We’re not worried about our community.”

For example, he said his agency has been approached by a client who traditionally travels, spending thousands of dollars a year. Now, he said that person has told him, “I’m looking to buy a place up here instead.”

He added he’s had several conversations with people in the GTA who have figured out they can work from home now and want to get out of the city.

Strano said her firm is seeing similar trends. With the pandemic as a catalyst, she said, “more and more clients are realizing they don’t want to be in a hectic city anymore. This has made people take a step back and re-evaluate where they are, their lives, and wanting to slow down a bit.”

She said as long as they have access to good internet, they are keen to come to Haliburton county, where they can enjoy space and tranquility, “and choose their own adventure, including their own work schedule and slowing the pace down a little bit.”

She said buyers want to come sooner, still work, but ease back, and accelerate retirement plans.

Hodgson said he is an optimist. After all, “in the old days, real estate didn’t start in Haliburton County until the long weekend of May.” He said if the industry gets going by June 1, they’ll have a good 2020.

Strano agreed, saying the majority of sales will happen between June and the fall, and the season may extend longer into winter this year.

“I feel very positive about things moving forward, as long as the community is being vigilant and listening to what the government is telling us to do.”