Home Life New AH treasurer gets best of both worlds 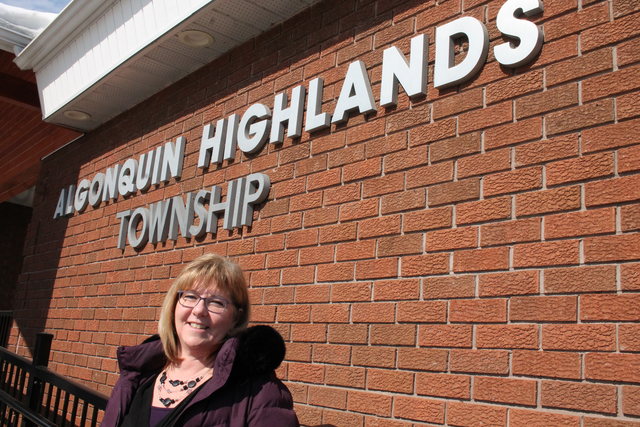 Having vacationed with her family in Haliburton County, new Algonquin Highlands treasurer Jean Hughes couldn’t pass up the opportunity when a job was advertised to replace Tammy McKelvey.

In an interview with The Highlander, Hughes said she also grew up at a cottage in the Magnetawan area so always had a passion for this area of the province. She said she and her husband set an intention to retire locally one day.

“So, this is the best of both worlds. I get to work up here and eventually retire up here,” Hughes said.

Hughes said she’s been in the municipal business for 20 years. She started in Dufferin County and worked her way up to deputy treasurer there. Four years ago, she moved to Howick, in the Huron County area, to a largely farming municipality. She was treasurer. She had been job shadowing McKelvey, who has since retired, but moved to the other side of the desk at the end of February.

“It’s very similar to what I was in before, other than that they don’t have the farmland up here,” she said. “We have lakes. Where I came from was a predominately Mennonite population. So, here we have the cottagers. Otherwise the job is very similar, although I’ve never had an airport. But, then again, I had communal well systems, so it’s just a give and take.”

She said being a municipal treasurer is a bit of a balancing act, with the province often lobbing balls.

“And, we don’t know where grants are coming from of late. They’ll say, ‘here, take some money, no obligations, and no conditions to it’ but in the back of my mind I’m thinking about the reporting. We do face challenges.”

She said as a treasurer, as her husband jokes, “I treat it like my own chequebook. I’m not going to do frivolous spending just like I wouldn’t do to my own situation. I like to make sure that we make the best decisions for our community at large.”

She said she was looking forward to officially moving into her own house over the Easter weekend and the couple beginning to set down roots. They both curl and she enjoys playing ball.

“I want to see what adventures Algonquin Highlands has for me.”