Home General News An ‘explosion’ of pigeons in Minden 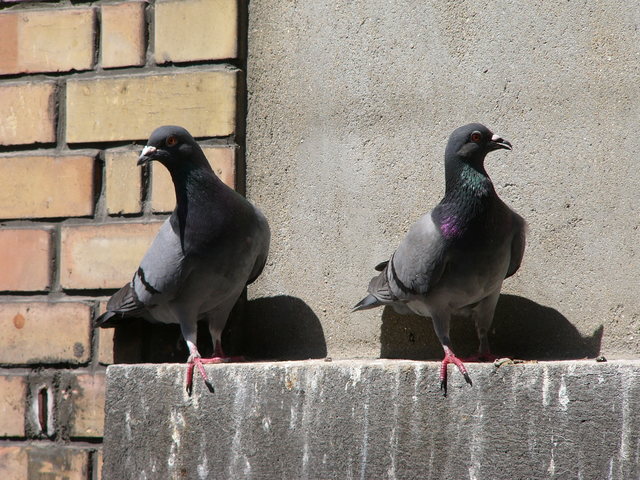 All Stanley Russell wants to do is teach music in downtown Minden. Instead, he’s fearful that a large pigeon population, and its droppings, are going to force him to fly the coop.

“I have emailed, phoned, texted and gone to the township. I need help with this. I cannot be the only business affected by this. I don’t want to move out and leave another empty building on the main street,” Russell wrote in a letter tabled in the Minden Hills committee of the whole agenda March 12.

Russell said he’s been teaching music in the town since 2003 and is now teaching in his third location downtown, in the Grill on the Gull building. He said the pigeon problem on the roof is affecting his business.

He said he had been sharing the space with acupuncturist Al Kwan but he had to move out because he is allergic to the pigeon droppings.

Russell said the sidewalk in front of the studio “is literally layered in the stuff. It is constantly being stepped in and brought inside my studio. It is toxic.”

Mayor Brent Devolin commented “we’ve had an explosion of pigeons.”

He added it’s gotten to the point where their waste is on public property. He said there’d be a future staff report about what the township can, and can’t do. However, he said it is key to find out not only where they are living but where they are getting food.

“You’re going to hear more on this,” Devolin said.

The meeting was held before the province mandated the closing of non-essential businesses.

Fleming puts health first with plans for the fall