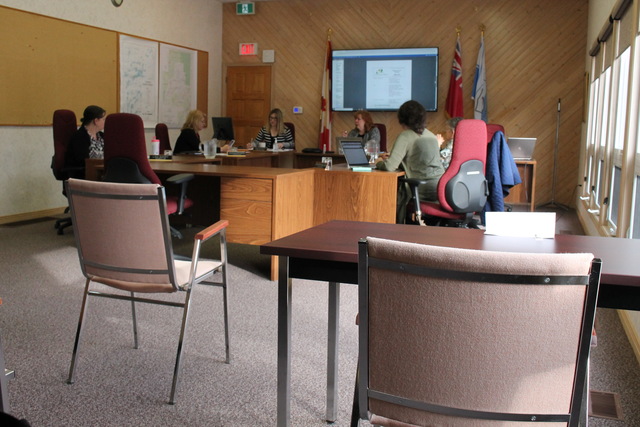 The days of driving into Algonquin Highlands landfills with construction and demolition material, furniture, appliances, yard waste or anything else requiring a fee, are over – for now.

In an attempt to reduce high risk points of public contact, council instituted the measure as stage one of its landfill reaction to COVID-19, starting March 20.

Operations manager Adam Thorn said at a meeting March 19 that the idea is to eliminate cash and receipt handling, reduce paper handling and increase distance of public contact.

“We’re taking every step possible to be safe,” he said.

It was determined that businesses that have existing non-cash arrangements with the township, such as contractors charge accounts, can continue to bring their construction and demolition waste by appointment only. Thorn estimated there are about 10 of those.

While the township uses contractors at its waste facilities, Watson General Contracting, and relies on Waste Connections Canada out of Bracebridge for hauling, Thorn said the municipality has to plan in case illnesses affect contractor operations. He said in a worse-case scenario, public works staff might have to step in.

His report outlined further stages, but it was decided council will review necessary steps as the COVID-19 crisis evolves.

Initially, Thorn wanted to stop all items with a fee attached. But council felt that was going too far.

Deputy Mayor Liz Danielsen said she had a philosophical problem with stopping all non-household waste since they wanted to encourage businesses. Thorn’s reply was that they would have limited public works staff to deal with construction and demolition material if they had to step in.

Coun. Jennifer Dailloux asked about things such as tap and pay devices. However, it was noted that the Maple Lake landfill does not have Hydro or internet. And while there are future plans for the Maple Lake site, coming to council via a report in two months’ time, Dailloux said, “two months is a long time if shutting down what people can dump.”

She wondered about waiving fees or signing up people. She said contractors are continuing to work and many people are planning renovations during the COVID-19 shutdown. She added she didn’t want to unnecessarily increase panic. However, Moffatt said it was simply unrealistic due to numbers.

Moffatt said she agreed with Danielsen that people who already have accounts should be allowed to dump since they are not in contact with staff.

Another issue raised by Danielsen was people accepting a $300 fine just to get rid of items. Thorn said the township could also withdraw landfill privileges.

As for council implementing stage one of its waste management site operations contingency planning, Coun. Julia Shortreed said, “I don’t think anybody should be surprised.”

Minden Hills is also changing landfill services starting March 20. The township will not be accepting loose waste, construction and demolition material, commercial waste, tires, scrap metal, electronics, textiles or any other non-household bagged waste. Only bagged household waste and recycling will be accepted. Cardboard tipping fees are waived until April 30.