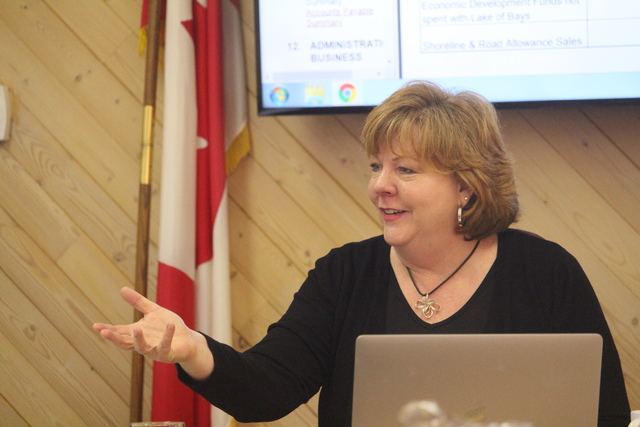 Algonquin Highlands will build dewatering trenches at the McClintock lagoon site to ensure long-term capacity for septage for the township.

Consultant Cambium Inc. made the recommendation during a report to council’s March 5 meeting.

The exfiltration lagoon is currently approved for 2,470 cubic metres of septage. However, existing capacity is not sufficient to meet the needs of township residents per provincial policy.

The report said “trenches have been found to be a suitable option for expanding capacity and were selected as the preferred alternative.” They’re basically long, narrow trenches excavated in permeable soils to dewater septage prior to final disposal. They reduce the septage volume by allowing liquid-solids separation by controlled exfiltration into the soil matrix, at approved environmentally acceptable inflow rates. The residue remaining in the trenches after dewatering is removed for disposal at a ministry-approved waste disposal site.

The township will have to acquire 14.55 ha of Crown land to build the dewatering trenches. It was noted that the chosen process made the environmental assessment process easier, less-costly and quicker for the township, while still protecting the environment.

“If the existing lagoon was expanded or another lagoon constructed, the project would be classified as a sewage works and a Municipal Class Environmental Assessment (MCEA) would be required,” the report said. “Trenches fall under Waste approval (not sewage works) and are exempt from MCEA requirements.” As such, the MCEA has been discontinued. An Environmental Study Report (ESR) is also not required.

Mayor Carol Moffatt, in an interview after the meeting, said it was important to note reports have already been submitted to the ministries for review and comment as part of the pre-consultation process. They include an archeological report and hydrogeological assessment. Natural heritage will be reviewed during the MNRF’s EA process.

She said discontinuing the MCEA “does not mean AH is terrible to the environment, or we’re trying to undertake any shenanigans or shady business. It’s all on the up and up. We will provide notification to First Nations and the public about discontinuing.” In addition, there have been no surface water impacts detected at monitoring wells to date nor surface water impacts. “The operation and exfiltration of the lagoon is well within compliance,” Moffatt said.

She said they can now submit all reports to the MNRF and begin the process of having the land surveyed for eventual purchase. She emphasized it won’t be a quick process. Moffatt said while the lagoon is not currently operating at capacity, they need to have plans in place on paper so as not to disrupt any future larger scale building projects.

“There is no urgency at the moment to push this through and have those trenches created next week. However, we know the community is growing and we will need capacity under the provincial policy statement,” she said.

“We’re engaging in some good, solid, long-term planning for sewage disposal in AH. So, there’s no rush to have those trenches soon but should the province end field spreading, we would need those trenches tomorrow.”