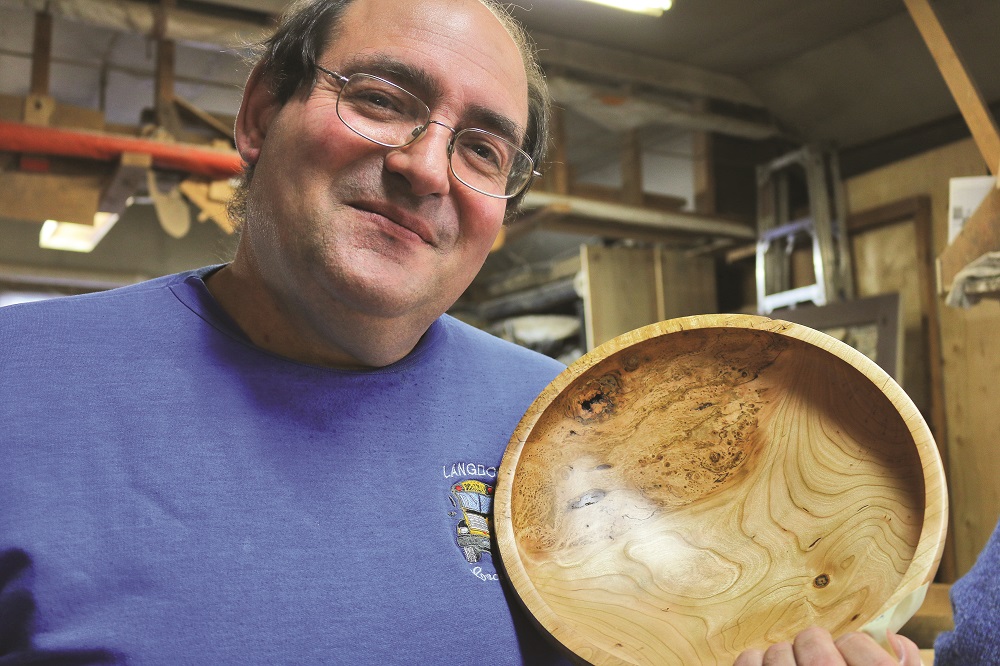 Nothing says ‘autumn’ in Haliburton County quite like The Studio Tour.

As the iconic event enters its 32rd year, organizers have rebranded and launched a new logo.

Also for 2019, there will be seven new artists and some non-resident guest artists for the first time – all offering a variety of mediums and techniques.

The tour goes the first two weekends in October.

Chair Cathy Taylor said the thinking behind the repositioning as The Studio Tour-Haliburton Highlands (formerly known as the Haliburton County Studio Tour) “is that of all the tours across the province … it’s “The” tour that visitors don’t want to miss.

“We’ve worked through the repositioning and rebranding process with our tour members and the County of Haliburton’s tourism department over the past several months,” Taylor said.

“Crystal Image Studio brought our vision to life and we feel we have a fresh, reinvigorated logo to enter into our 32nd year. The pictorial logo is the loon design by Peter Hood.

“In addition to the rebrand, we’ve also launched a sponsorship program for the first time ever,” Taylor said.

The Studio Tour members thanked the Haliburton County Development Corporation for their financial support of the rebranding initiative.

“For more than 30 years, The Studio Tour – Haliburton Highlands has drawn an eclectic group of visitors each year,” Taylor said. “Thousands of guests – residents, cottagers and tourists alike – have experienced the entire Haliburton Highlands region visiting the artist studios along the tour.”

This year, there are a total of 40 artists opening the doors of 25 studios. It is a self-guided driving tour that promises beautiful fall colours; a chance to watch artists and artisans create; and shop.

Taylor said that each year, The Studio Tour – Haliburton Highlands generates an average of $1.75 million for the local economy, benefitting the entire region.

“The Tour is proud to contribute to such a vibrant arts and culture scene in #MyHaliburtonHighlands,” she said.

For more, see the studiotour.ca .

Harp in the Dark – chapter 1: Mummy