The next edition of the Canadian National Pond Hockey Championships is putting a new spotlight on costumed and noncompetitive skaters starting Jan. 25.

The Haliburton-based event is introducing new “pondimonium” divisions aimed at participants interested in a non-competitive experience, according to a Jan. 14 press release. A total of 114 teams are expected to descend on the Pinestone Resort to participate in the championships across multiple outdoor rinks over two weekends.

Event owner and resort general manager John Teljeur said the competitive divisions will carry on. But the new divisions – with an added emphasis on the costumes people have been bringing for years – has gathered a lot of interest, he said.

“We wanted people to have a lot of fun with this, too, and it makes for quite a spectacle,” Teljeur said. “It’s like Stanley Cup meets Halloween.”

The event – taking place Jan. 25-26 and Feb. 1-2 – will feature teams from as far away as Quebec, New York and Pennsylvania, Teljeur said, with only six local teams.

Attracting people to the area was his reason for purchasing the event, he said. The event was initially held in Huntsville but moved to Haliburton in 2013.

“It was something to bring people to this area,” Teljeur said. “Hopefully, they come back a different time of year with their friends and family in the summertime.”

In addition to the shinny, there’ll be live bands with a limited number of tickets open to the general public for the first time. A silent auction will also take place to raise money for Heat Bank Haliburton County.

“We’ve always wanted to do something for the community,” Teljeur said.

Now in its fifth year here, Teljeur said the event has achieved stability.

“We believe it’s the best place to have the event. I think people are pretty familiar with pond hockey and the event itself,” Teljeur said. “It’s a huge undertaking … so I’m thrilled we have some really amazing volunteers who help us out and make this happen.” 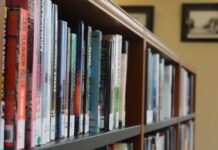 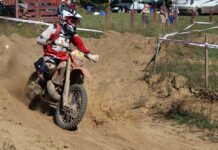 Not all gas and oil at this year’s Corduroy Enduro

Serving up fixes at the Repair Café