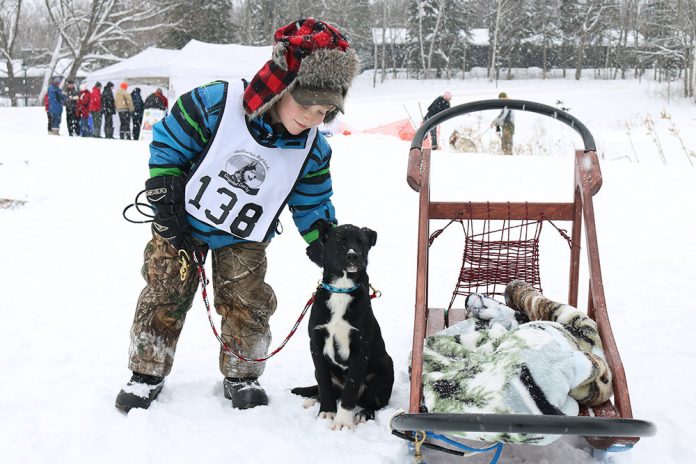 The International Federation of Sleddog Sports World Cup-sanctioned event hosted out of the Pinestone Resort will feature seven different racing disciplines, ranging from one-dog skijoring to full eight-dog . The event usually fluctuates between 80 and 100 entrants, according to organizer Tanya McCready of Winterdance Dogsled Tours.

McCready said the dogs are the central draw of the derby, which has helped the event to succeed.

“Some people will say it’s the mushers but the mushers only do what we do for the dogs. We just speak for the dogs, as we say. To see any creature that is so excited and so happy, joyful, passionate about what they do is incredible,” McCready said. “For people that love dogs to come and watch 400-500 dogs we’ll have there that weekend, all just having the time of their lives, is pretty infectious.”

The races themselves are the same every year, McCready said. But Pinestone Resort is adding new elements to its hosting, including a live band and a patio barbecue to watch the races from, she added.

“There have been a couple of the years in the last five that we’ve had rainstorms right before and it’s been really down to the last day that we have to call it whether we’re able to run,” McCready said. “I hope this year the weather won’t be our biggest challenge.”

The event is free, outside of the show by CCR tribute band Bootleg Creedence Jan. 19 at 9 p.m., which has a $15 admission.

The first race starts at 9 a.m. Jan. 19.  “The mushers are very friendly, open people. They love talking about their dogs,” McCready said. “If you love dogs, it’s just a great place to be.”

No rust buckets if you get your vehicle sprayed

Construction ends with a clean sweep

Repair cafe diverts more than 50 per cent from landfills