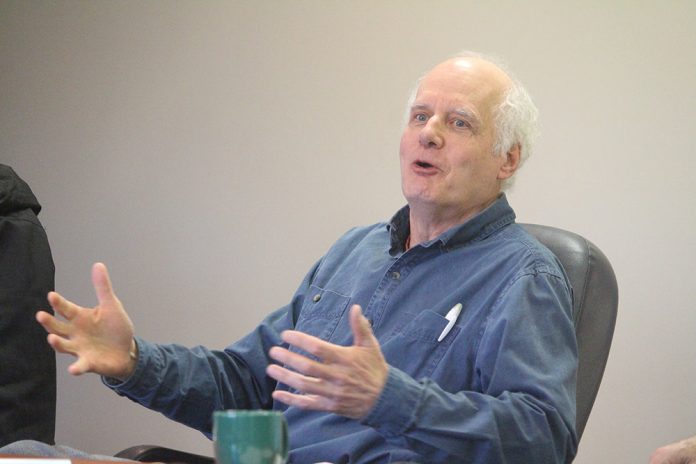 Future planning and driving change became a point of contention as Dysart et al council reviewed its  budget at a special Jan. 10 meeting.

The meeting offered a chance to give feedback to preliminary budgets with staff across all of the town’s departments.

“This is sort of the vision. This is the communication back and forth. This is where we get to be a little project-oriented and planning for our four-year term,” Mayor Andrea Roberts said. “We are trying to get more sustainable and that’s something I’ve heard time and time again at the county.”

Staff presented a projected $333,238 deficit but treasurer Barbara Swannell said $200,000 of that is new money being transferred to reserves.

However, Coun. John Smith raised concern about the process for arriving at a preliminary budget and said council should have planned together more beforehand.

“We just went through an election campaign and candidates put forward different priorities. We talked about processes we were going to engage in. One of them was to build a plan,” Smith said. “Until you have that conversation and agree on some of those priorities, this is presumably a continuation of the status quo.”

“I’ve been here for 12 years and it’s not,” Roberts retorted, adding this was the meeting for council to provide feedback to start planning.

Smith again questioned the budgeting processes after a presentation from the museum department, which brought forward an estimated cost of $149,000 for 2019.

He said he would like to see some of that budget directed toward core services and wanted council to guide the budget more.

“We as a council, in my opinion, ought to focus on the core activities that are essential services to our community,” Smith said. “You and others talked about this during the election campaign, the importance of building a plan. It needs to be a council plan, not a plan coming from the bottom-up.”

Chief administrative officer Tamara Wilbee responded that staff works based on plans developed with council and community input, including a cultural plan and economic development plan. She further said there will be opportunity to review those plans but those in-depth discussions would occur over the year.

“There will be more opportunity for council, committee and community input at those types of discussion,” she said.

Smith retorted he understands why staff is working off these plans, but there is a new council in place who should guide new planning.

“There are three members of here that weren’t here before. There’s a new mayor. They talked during the election campaign about doing things differently,” Smith said.

Roberts responded that could plan for its term in the day’s budget review, but a new strategic plan would probably not come for at least a year down the road.

“We’ll talk about where we want to see ourselves in four years and that’s where we put some money into reserves,” she said.

In a Jan. 13 Facebook post about the meeting, Deputy Mayor Patrick Kennedy said it will take time to implement and plan for new ideas and priorities from the current members of .

“It quickly became apparent that many priorities and initiatives were developed by the former council.

That is fine as departments need lead time to develop their new budgets reflective of the priorities of the council of the day,” Kennedy said in the post.

New toilets are bringing the heat to Haliburton