Home Sports U13 local league teams square off before uniting 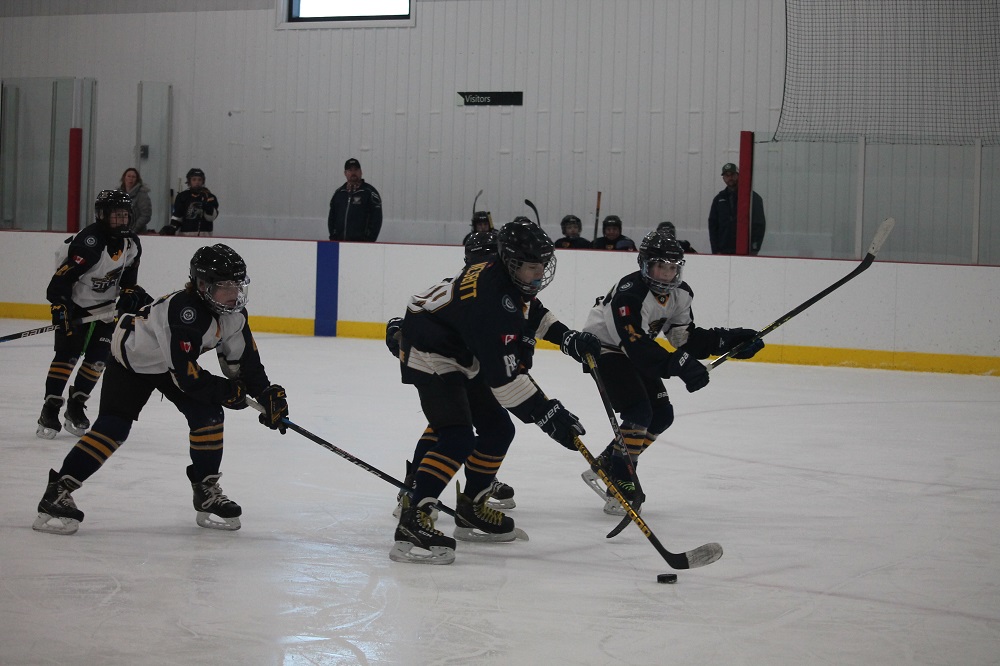 The U13 Cheryl Smith RE/MAX team took to the ice on Saturday, Jan. 14 against home team U13 Minden Pharmasave.

The stands were full of locals cheering on our hometown hockey players.

Minden Pharmasave came out strong with back-and-forth play for the majority of the first period.

Cruize Neave opened the scoring with three minutes left in the first. Linemates Neave, Landyn Simms and Jacob Sutton, mesh well together and Sutton started off the scoring in the second period, assisted by Neave.

Defensive partners Levi Rowe and Hunter Hamilton show impressive speed and their ability to backcheck consistently shuts down the opponents.

Hamilton added to the scoreboard with a shot from the blueline, making it 3-0 going into the third.

Game play was back-and-forth with many great saves from Pharmasave goalie Carter Shaw.

Hamilton started the third period adding to the scoreboard, assisted by Tyler Hughes. Hughes’ linemates include Lyla Degeer, who fights strong in all puck battles, and Katie Lavalle, who had her best game of the season, standing her ground in front of the opponents’ net and clearing the puck out of our end.

Rowe finished the scoring with an end-to-end rush, making the final result a 5-0 win for the Cheryl Smith RE/MAX team.

Minden Pharmasave had some great scoring chances throughout the game but goaltender Colten Simms earned his shutout with some quality saves. Simms has been impressive this entire season and has been a large part of the team’s undefeated season so far.

Check out both U13 Local League teams back in action against each other again on Thursday, Jan. 26, 7 p.m. at the Minden Arena. 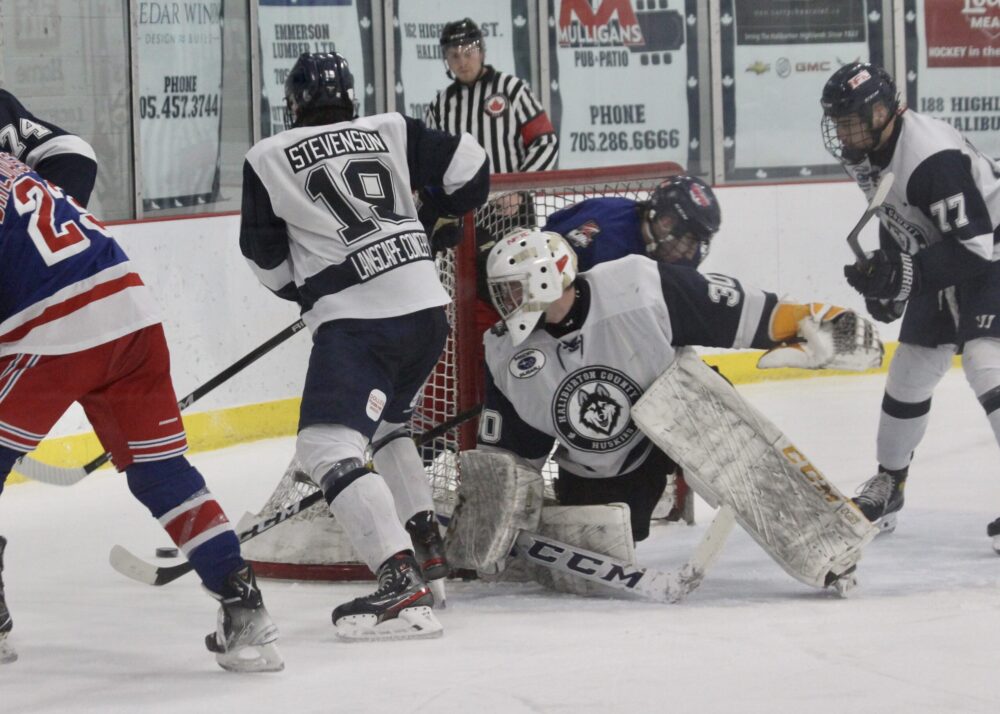