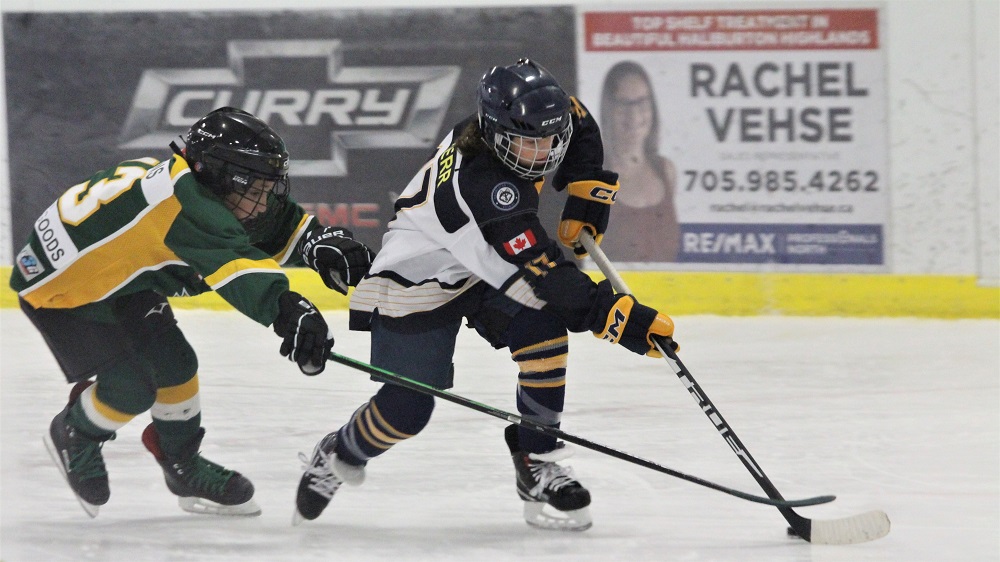 The U11 Highland Storm dominated the Ennismore Eagles C team 11-1 during an Oct. 22 tilt at the A.J. LaRue Arena in Haliburton.

The Storm came out and dominated the first period, with Grayson Park burying an unassisted goal within the first minute.

Shortly after, Chase Kerr added another goal, assisted by Park. With five minutes left in the first, Kelson Bagshaw’s unassisted goal gave the Storm a 3-0 lead going into the second period.

Ennismore wasn’t going down without a fight, however, scoring early in the second. Bagshaw retaliated with another goal assisted by Austin Cunningham.

Ennismore ended up in the penalty box, which saw the Storm’s Jaxon Hurd score a powerplay goal assisted by Nash Wilson. Bagshaw and Park added two more unassisted goals to finish the second.

The Storm wouldn’t let up, with Park scoring seven seconds into the third period, assisted by Kerr. With seven minutes left, the Storm’s backup goalie got his chance between the pipes, relieving Kolby Hogg.

Park and Bagshaw then sealed the deal with two more goals assisted by Cunningham, Wilson and Hurd.

The Storm’s defence held strong, finishing the game at 11-1 and lifting the team into third place as the season gets underway.

Moylans are lords of their rings