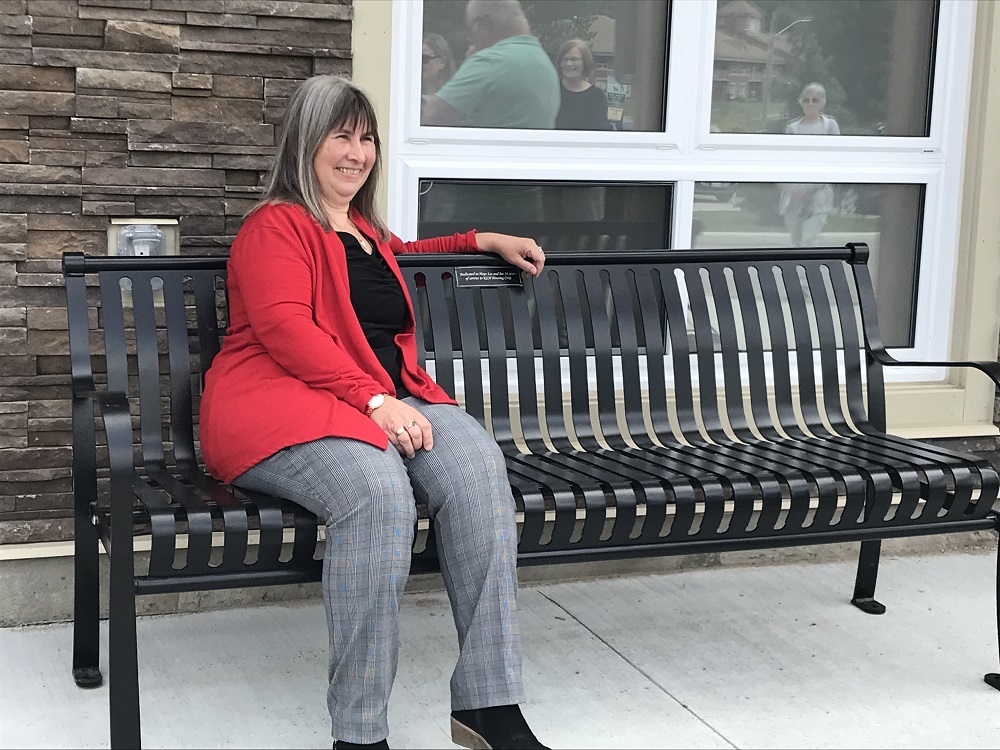 The Kawartha Lakes Haliburton Housing Corporation board and some current and past staff gathered in Minden recently to mark the retirement of long-time CEO Hope Lee.

Lee ended her 34-year stint with the City of Kawartha Lakes in May 2021 but COVID-19 muted celebrations.

Earlier this month, she was honoured at 57 Parkside Dr. It’s home to a 21-unit building, and an adjacent 12-unit structure, located south of the arena. They are just two of the four buildings Lee developed over the last decade, working in close cooperation with local councils, said housing advocate Fay Martin, who was in attendance.

Lee frequently addressed municipal governments and public gatherings in her role as housing manager for CKL and Haliburton County, a position she held simultaneously for 18 years. It was split into its own full-time position when Lee retired, and is now filled by Michelle Corley, who came up through the ranks.

After a brief retirement, Lee took a contractual position as interim CEO at Peterborough Community Housing, which fills a parallel role to KLH Housing Corp. in Peterborough.

Martin said, “in addition to an impressive development initiative that increased the number of KLH units by 125 per cent to its current 124 units in Haliburton County, Hope leaves the corporation with a strong organizational culture of respect and competence.”