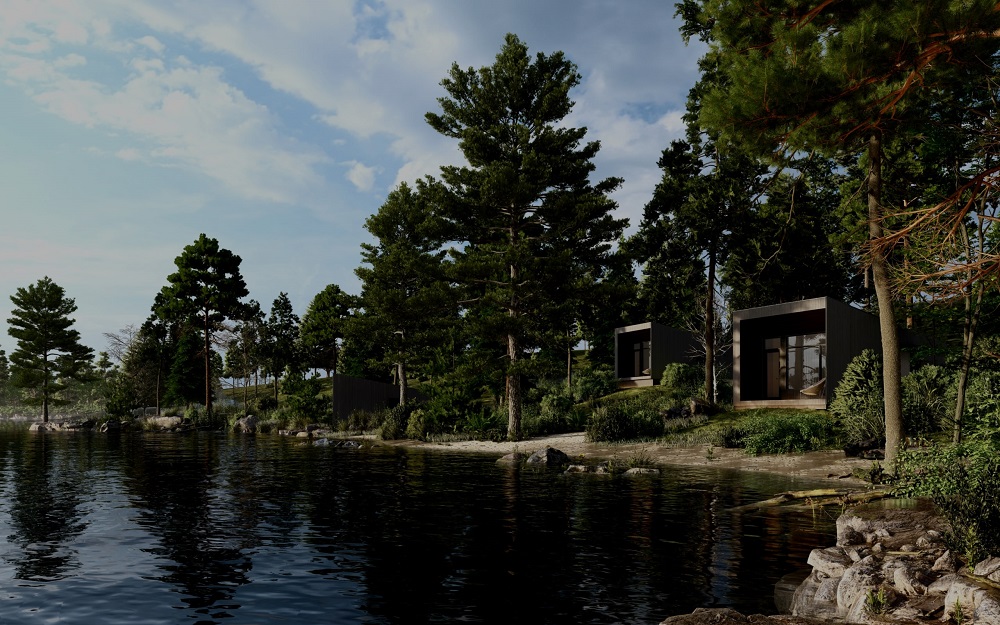 Dimensions Retreats has been given the green light to provide psychology and psychotherapy services at its location on Maple Lake, though Algonquin Highlands council has stopped short of defining it as a medical facility.

During an Aug. 11 meeting, township planner Sean O’Callaghan said the resort would operate as a “health and wellness service” after council granted a re-zoning application for the site.

Under the terms of the re-zoning, Dimensions ownership was told it could incorporate acupuncture, light therapy, sound therapy and meditation services at the location, while the proposed installation of a float tank at the main lodge has also been approved.

Dimensions will also be able to bring in psychologists and registered psychotherapists to provide diagnosis and treatment for guests in both individual and group formats. O’Callaghan noted since Dimensions won’t be designated as a medical facility, doctors will not be permitted to practice at the Maple Lake location.

This is an important distinction given Dimensions CEO Christopher Dawson’s prior insistence that he would like to incorporate psychedelic treatments at the site.

“Staff reached out to Health Canada and the College of Physicians and Surgeons of Ontario with questions raised about [Dimensions] being able to have psilocybin on the property. That [drug] can only be administered under the direct supervision of a prescribing doctor… so with this new definition, and no doctor permitted on the property, it is my understanding psilocybin will not be permitted,” O’Callaghan said.

Psilocybin, also known as magic mushrooms, is mostly illegal in Canada, though the federal health authority recently made the decision to allow it to be used as a treatment option for patients on a special case basis.

O’Callaghan clarified that, should Health Canada change its regulations and legalize psilocybin there would be nothing the municipality could do to prevent Dimensions from incorporating the substance into its programming.

Plans to install a pharmacy at the site have been redacted, with council heeding concerns of two nearby residents who, at a public meeting held in July, said they were worried that an active drug dispensary could cause an increase in crime in the area.

After those residents also raised concerns over septic at the site, O’Callaghan noted the Ministry of Environment, Conservation and Parks was happy with the system currently in place. “They would only review the system at the point of additional fixture units, such as sinks, toilets or showers, being added to the property,” O’Callaghan said.

Dawson previously told The Highlander that ongoing renovations at the site would see buildings remodeled or reconstructed on their existing footprints, and that no additional units would be built. With this approval, Dimensions will be able to complete work to the main lodge that has been on hold for several months.