Home Business Korean food served with a side of smiles 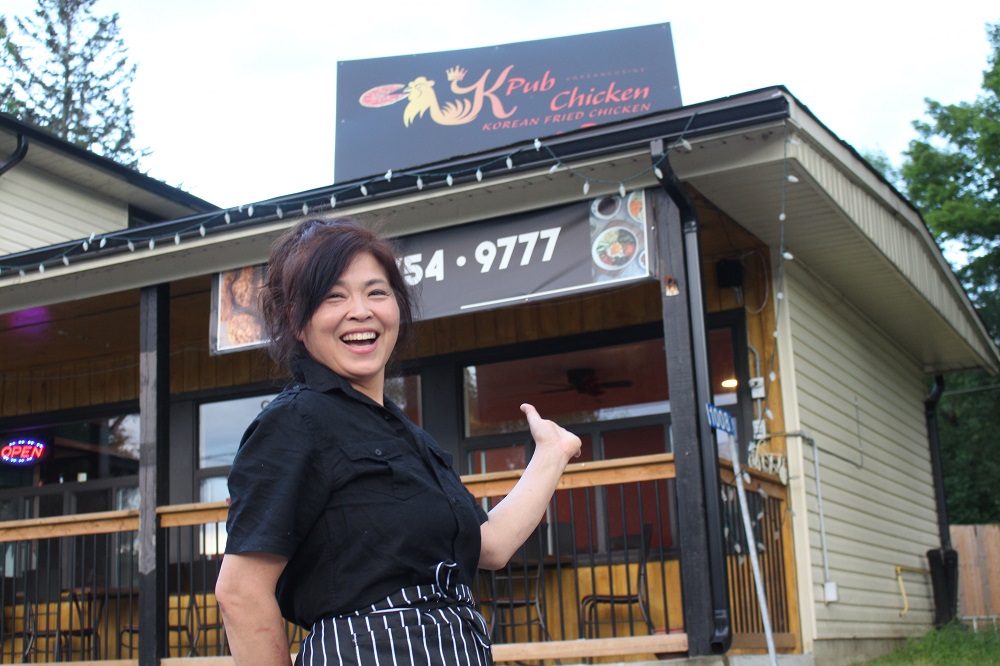 Doona Kim is frying up fragrant South Korean food in West Guilford, a community that feels like her hometown in Gangwon-do, South Korea, which was also near water.

“I thought, why do I feel so comfortable here?” Kim asked.

She and her son, Kenny Kee, operate K Pub Chicken, in the building which used to be the home of West G Pizza and Grill.

The family closed their former business in Keswick, due to COVID-19. They bought the popular restaurant in the winter and opened it alongside a Taekwondo and jiu-jitsu studio at the community centre.

While her son was originally supposed to run the restaurant, he opened another K Pub Chicken restaurant in Innisfil. That meant Doona had to quickly learn the ropes.

Their food is already making a splash, with fried chicken, pork, dumplings, bulgogi (marinated beef) and more all crafted with care.

“I want to make people something different. Not a burger, not pizza, but something else everybody will love,” she said.

Her son’s sauce is a key ingredient in their most popular dish, “Yangnyeom Chicken.”

It’s sweet and tangy with just a little bit of heat, covering chicken enveloped in a crunchy breaded coating.

The recipe is a secret and drew in a big crowd at her son’s former restaurant in Niagara.

“Even I don’t know all the ingredients,” she said. “People say to me ‘it’s addicting!’”

Kim said she has loved meeting regular customers and cottagers throughout the spring and summer, and feeling like a part of the community.

“These people are teaching me how to live. I am learning about life now, not just business.”

She even got help from the community learning how to operate the restaurant’s pizza ovens. Korean food is stir-fried or deep-fried, and she only uses the ovens for pizzas which aren’t served during the summer.

Kim said she has relied on her faith to help her get through and learn the ropes of operating a busy restaurant.

“I always pray. I cannot do it myself.” She said she loves making food, but her goal in West Guilford is a bit more peoplefocused.

“I want to make people happy, that’s it,” she said.