Home General News Businesswoman was ‘ahead of her time’ 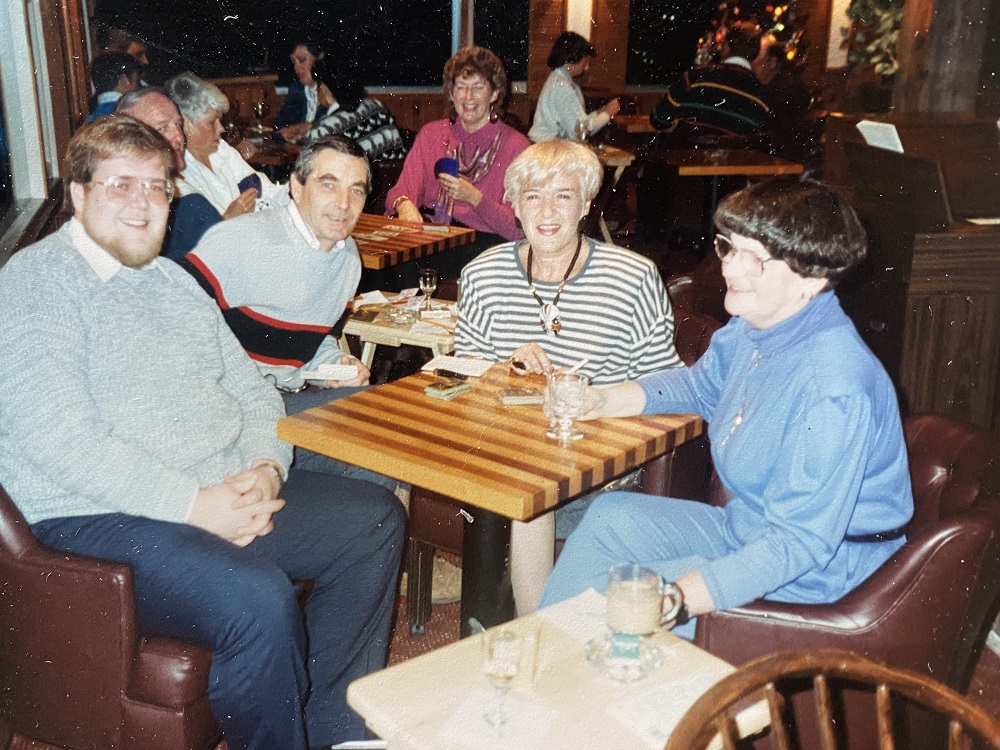 Sitting down with Joan Ward for a game of bridge or poker usually meant a couple of things.

First, she’d likely win. Second, the conversation would continue long after the last cards were dealt.

“She could talk a leg off a chair,” said Ward’s son Christopher Ward. He said she was a “darn good” card player too.

Joan Ward passed away March 30 after a long life running businesses and getting to know just about everyone in Haliburton County.

She took over the Wigamog Inn in 1967 with her husband Arthur (who passed away in 2021), making it a destination for vacationers and young teens looking for a supportive summer work environment.

“She was a mentor to a lot of different people at the resort,” Christopher said. She demanded punctuality and hard work from her employees, but always had time to chat or hear their stories.

Daughter Kimberly Ward-Grossman remembered Ward as an employer who was a “big proponent of young people developing, she took great interest in her employees who were away from home from young ages.”

She said her mother’s independence and shrewd business skill was “ahead of her time” in an age where men were still viewed as more competent business owners.

While her parents ran the Inn together, “she did make it a success, she was the genius behind the marketing,” Kimberly said.

Christopher remembers how Joan could “capture a room” when telling stories or, on many occasions, performing for guests at the Wigamog’s variety show.

Past employees and guests of the Wigamog have posted more than 50 comments about Ward’s life and impact on a “Wigamog Inn Alumni” Facebook group.

Barb Bolin, who served as Fleming College’s Haliburton dean from 1972- 2008, said Ward “set a different standard for food, service and decor” at the Inn. She suspects Ward’s influence on Wigamog influenced future lodges and inns around the County. As an avid supporter of the arts and a sculptor, Ward volunteered her time at the college and became close friends with Bolin.

“I love to tell jokes, and Joan could tell them right back,” Bolin said.

“We had a good working relationship,” said Joanne Nichols, who still works at Country Rose.

Nichols remembers Ward’s razor-sharp sense of humour and care for customers and their stories.

“She was very interested in the private lives of her customers,” Nichols said.

Nichols said she saw a “soft side” to Ward that many might not have seen. She often observed Ward trying to “connect the dots” between customers and people she might have known. That’s a habit Kimberly noticed too. Her mother had a keen interest in people’s stories; where they came from, who they knew.

Kimberly and Christopher said she taught them to keep a tight ledger. “Count the pennies, the dollars will take care of themselves,” Kimberley remembers her saying.

Christopher said he often thinks about the way his mother’s attitude about life impacted his own.

“Anytime I think about my own community and my circle of friends, I look to my parents and my mom as the people who taught me the value of friendship,” Christopher said.

In Ward’s obituary, the family wrote that “charitable donations can be made to your local cancer agency as her secondhand smoke has affected many. Her humour will be missed, her style sense will forever be remembered and her poker pot remains hidden”

Businesses waiting for end of lockdown