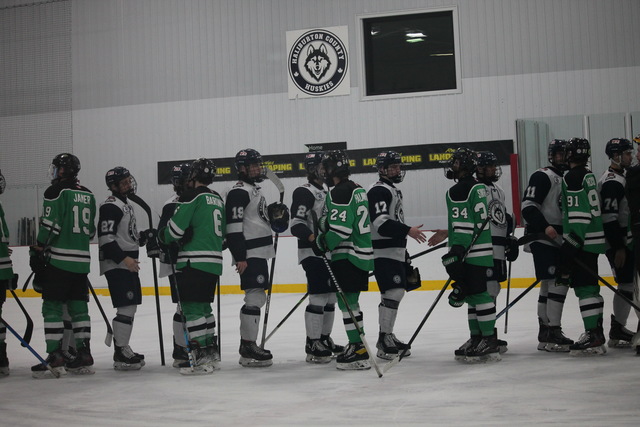 The Cobourg Cougars scored at 12:40 of the first overtime April 20 to bring the Haliburton County Huskies inaugural OJHL season to a close.

The Cougars cemented the 4-3 comeback in OT after eliminating a 3-1 deficit in the third period.

They won the series two games to one to advance to the next round.

The Huskies won their first round playoff series against the Trenton Golden Hawks but could not solve the Cougars in the short best-of-three series.

A sold-out crowd went home disappointed but cheered the team on.

See more in the April 28 Highlander.