Two men from Minden Hills face charges after the theft of multiple vehicles.

At 6 a.m. on Feb. 26, officers found a stolen vehicle that had collided with a snowbank on Scotch Line Road outside of Minden.

A 43-year-old from Minden Hills Township has been charged with the theft along with two counts of possession of property obtained by crime over $5,000.

Another vehicle was reported stolen in the area the same morning. The owner of the vehicle later located the stolen car at a commercial parking lot in Minden through an onboard GPS.

Officers located the vehicle and made an arrest without incident. A 32-year-old man from Minden Hills is charged with theft of a Motor Vehicle, two counts of possession of property obtained by crime over $5,000, operation while prohibited and driving while under suspension.

Both will appear in court in Minden April 6.

A March 1 press release said that Police are investigating further reports of stolen vehicles in Minden’s downtown within the past week.

“Those investigations are still ongoing and it is unknown if they are related at this time,” said the press release. “Local residents are reminded to always lock their vehicles and take keys with them. Residents are also asked to check their security cameras and report any suspicious persons or activity to police.” 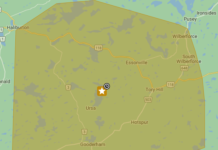 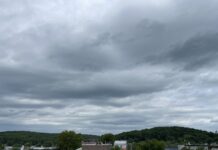 Show your support by dressing in purple Oct. 27