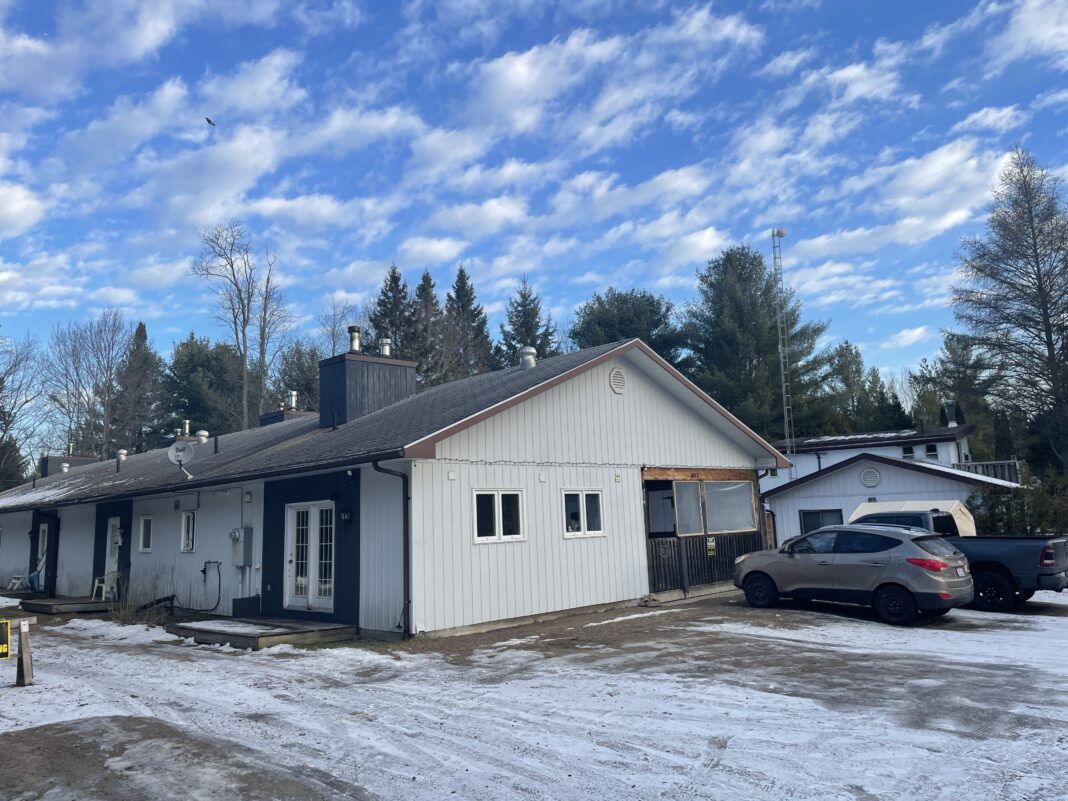 Contracted planning consultant Darryl Tighe said that long-term multiple-unit residential use does not conform to the township’s official plan, which directs that planning suit surrounding development and landscape.

While the property is currently zoned as a waterfront, neighbours who addressed council said the property is already occupied by multiple long-term tenants. The commonly accepted definition of waterfront zoning refers to single-occupant residences.

Tighe’s report also claims the property was part of a larger land parcel that was severed with an agreement declaring “that the ‘motel’ was not to be utilized for commercial purposes.” This means the current use seems to be in violation of the township’s zoning rules. The applicant did not submit any technical reports.

Jeffrey Streisfield, a lawyer representing the property owners, said disallowing the rezoning would be “draconian.” He said the plan to turn the building into residences geared to seniors means “long-term residential housing in a county and municipality that has not been able to address the housing crisis that exists.”

She did not provide or refer to an environmental impact report. Luigi Centurami, who said he owns the property, declined to comment.

Mayor Brent Devolin said he was “very comfortable” taking the planners’ recommendation to disallow the rezoning. “It’s not housing under no conditions,” Devolin said.

Deputy mayor Lisa Schell said the applicant “asked for forgiveness rather than permission,” since there are “six units” currently being rented at the property.

Coun. Pam Sayne said she was “very angry” at the divisive situation and that the application represents a “tearing apart issue.” Sayne said “poor landlords can create situations that make the residents look bad.”

Nearby property owner Dan Martel said council approving the rezoning would “portray the wrong message” since a 2016 agreement seemed to block the landowner from using the property for multiple longterm units.

“I think it’s wrong, and I’m definitely against it,” Martel said.

Nearby resident John C. Law wrote in a letter to council he was concerned issues with people who appear to live at the property would only “escalate” if the rezoning was approved. Coun. Sayne said the file points to a much larger issue.

“What we need to do here is address our housing concerns in a much larger way than we have,” she said. Devolin said he couldn’t discuss specifics about how apparent zoning infractions at the property are being addressed but said “there are things going on, on multiple fronts.”