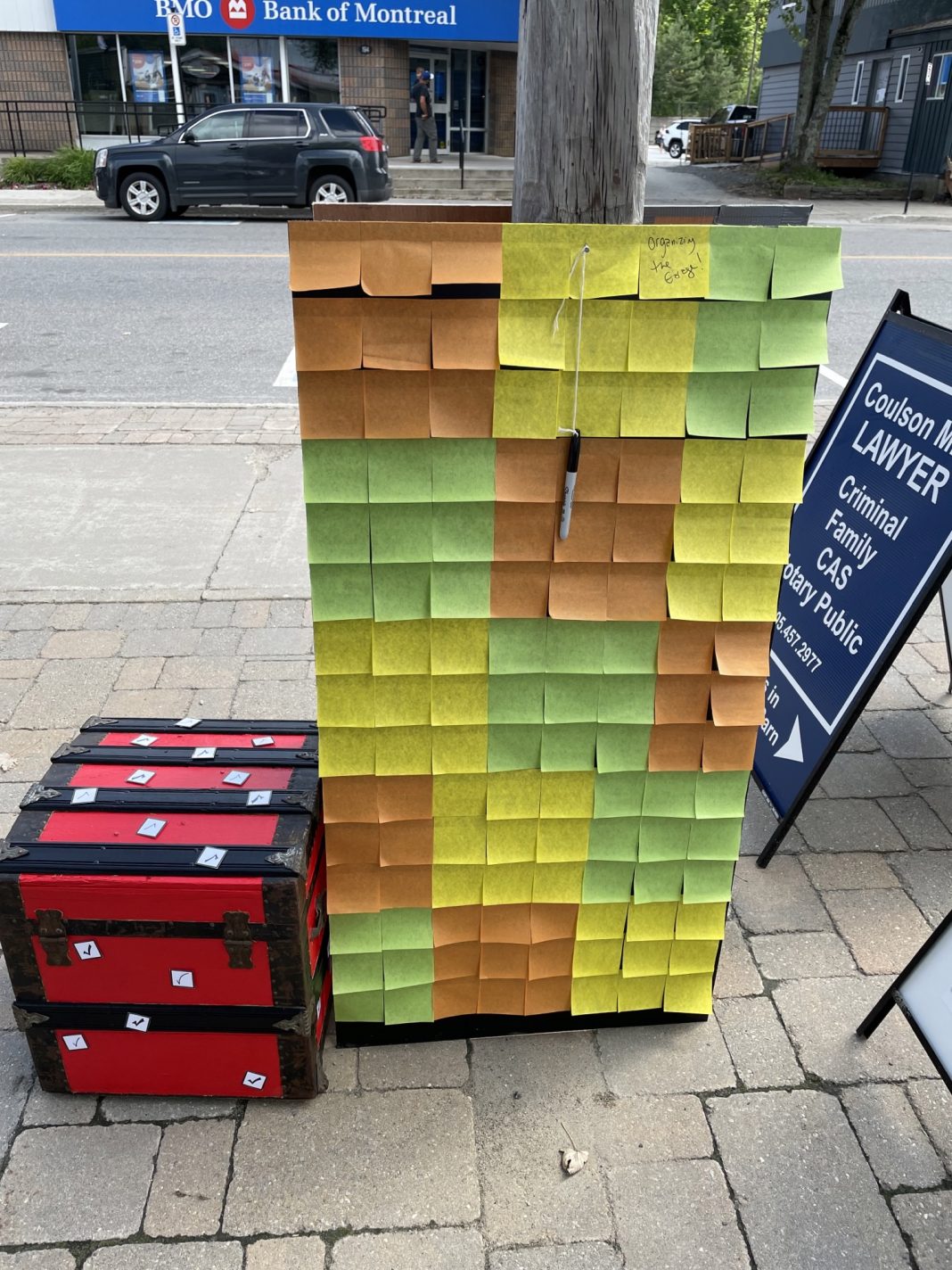 Red chests the size of a large beside signs linked to the Dust Society have been reported around Haliburton’s Downtown.

One box, pictured below, was reported on Highland Street across from the Bank of Montreal.

A source, who wished to remain anonymous, sent photos of the boxes: each are located beside signs encouraging people to write down annoying parts of their to-do list.

The signs provide evidence of a link between each chests claiming they are “fraternal” twins.

However, on a sign beside each box, pictured below, a riddle has stumped our editorial team.

The syntax of the rhyme and typeface is similar to riddles posted on a booth found at Head Lake Park in early August. In both cases, the signs prompt people to report strange findings on a website: www.iseedust.com.

As well, both signs claim to be written by “The Local Representative,” a figure which can be linked back to the Dust Society.

At approximately 12:30 p.m., two figures who appeared to be Santa Claus and the Easter Bunny were reported at various locations around the town of Minden. Various sources claim these individuals were previously found at Head Lake Park in Haliburton.

Though The Highlander could not confirm these sightings, submitted pictures show the two sitting beside the bridge downtown, as well as floating on stand-up paddle boards which were found to originate at Algonquin Outfitter’s Boatwerks.

While the exact timeline of events is unclear, sightings of the pair were reported at The River Cone as well.

Currently the reasoning behind these activities is unclear, however all witnessed activities seem related to sunny weather and general tourism activities which Minden is known for (one witness who requested anonymity said the figures may have ordered soft serve ice cream).

More information will be posted when available.