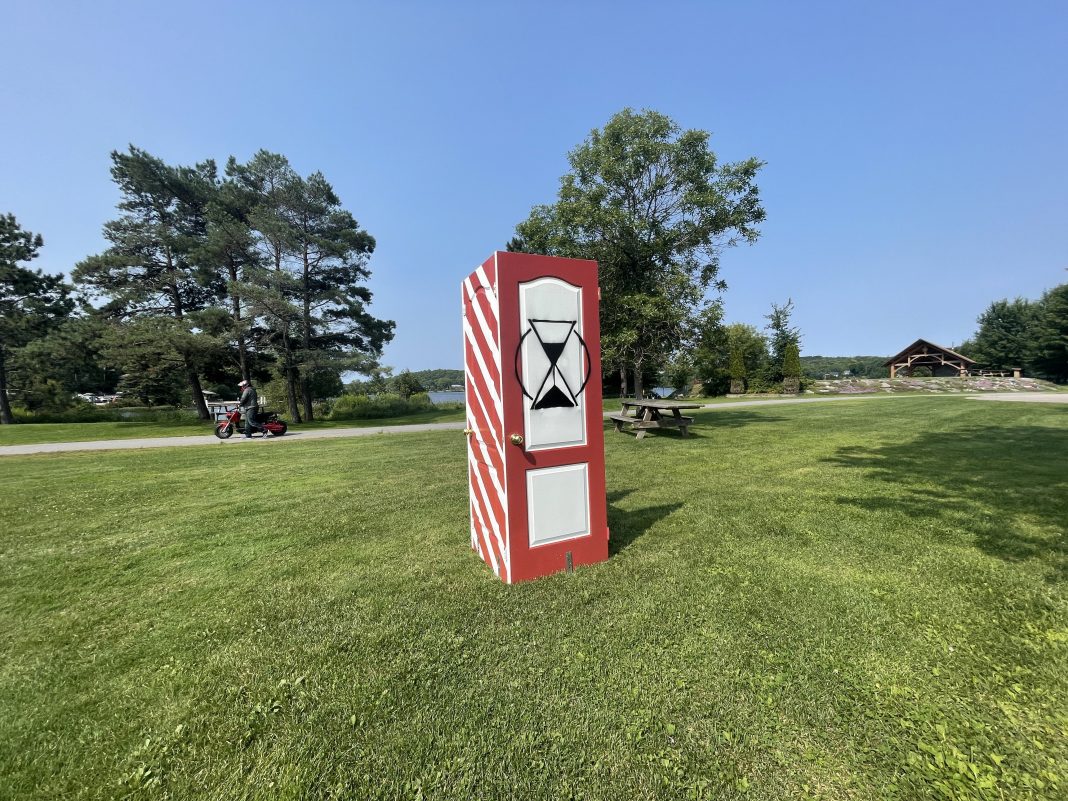 On the grass of Head Lake Park lies a strange object and a series of clues.

At 9:43 a.m. on Tuesday, Aug. 3, the Highlander was alerted that a box had been spotted in Head Lake Park.

A reporter approached and noted the box had unusual properties. First, it appeared unrelated to Dysart et al township operations, with no official markings on it, no visible source of electrical connections or staff.

Upon closer investigation, it seemed to be roughly the size of a phone box, such as the iconic red telephone booths of London, England, painted red and white on three sides.

There is a black symbol painted on the booth; an hourglass shape with two curving lines on either side.

Doors on three sides of the small booth added to the confusion: the inside, however, is where the mystery deepens.

There is a poem and instructions — it seems like whoever set up the booth wants people to “write [their] problem on the inside of one of the doors” and photograph it, sending the picture to @haliburtonlocalrep on Instagram.

That Instagram account, once investigated, only has posted twice. The Highlander could not confirm who is operating it — however, their posts raise even more questions. Specifically, the account identifies itself as the “Dust Society Haliburton.”

We encourage readers to investigate this box themselves and send any further information to our editorial team.

Stay tuned to The Highlander as we continue to photograph and investigate these strange occurrences.