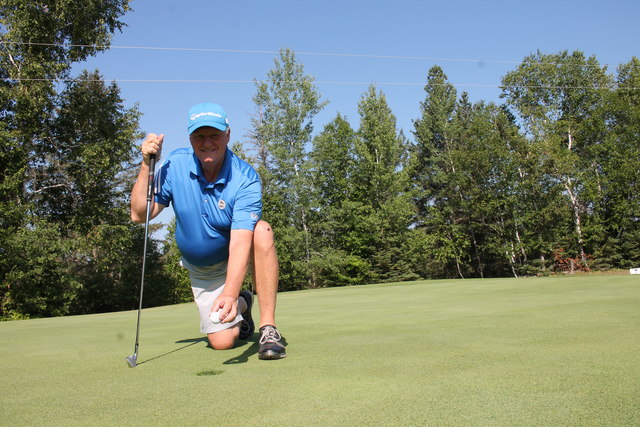 Golfers are lucky to get one hole-in-one in their lifetimes, but Doug Campbell recorded his fourth at the Blairhampton Golf Course recently.

“It was very satisfying to get one at Blairhampton, because I have been playing that course for 47 of its 50-year existence,” Campbell said.

Campbell said his family had a cottage in the Highlands for approximately 30 years and he’s always enjoyed playing there.

He said owner Sandy Prozak and her staff have always treated him very well.

As for the unlikely number of hole-in-ones, Campbell, 70, said he’s been playing since he was 13 years old. For 40 of those years, he’s been a single-digit handicap. He said he didn’t get his first hole-in-one until he was 65.

“So, for those that haven’t got a hole-in-one yet, let me say, ‘keep playing. You never know when the Golf gods might just say, ‘today is your day’.”

Meanwhile, Norm Barry shot a rare albatross on June 4. That means he had just two strokes on the par five 13th hole.

“I hit a monster drive,” Barry said. He said he left the ball 187 feet from the pin and dropped it with a five-iron hybrid. It’s his first-ever albatross.