Home General News Minden will be Still Standing this fall 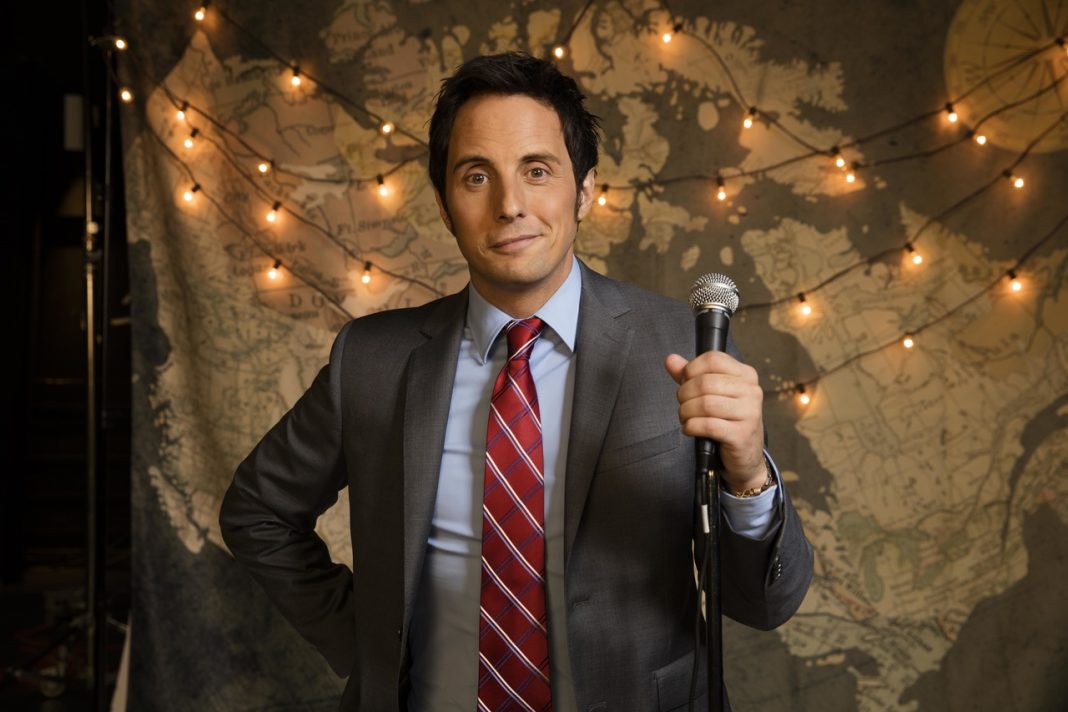 The excitement was palpable June 18 as members of Minden Hills Council gave two thumbs up to allowing the CBC television show Still Standing to film in the town next month.

The show’s story producer, Shayla Howell, and executive director, Anne Francis, made a virtual delegation to a special council meeting.

Still Standing is one of CBC television’s flagship shows, now filming its seventh season. Hosted by Canadian actor and comedian Jonny Harris, who is also in Murdoch Mysteries, Still Standing explores the challenges facing small communities across Canada and celebrates the people who call them home, Howell said.

She added that from coast to coast to coast, the show reveals Canada’s vast beauty and highlights the country’s unique and diverse characters.

“Viewers ride shotgun with Jonny on the ultimate road trip and learn that across the country, Canada’s small towns are built on community, grit and an enormous amount of heart,” the show producer said.

She said Minden is exactly the kind of community experience they look for, “where there is a significant challenge, and the community is working together to not only meet that challenge, but to move forward.”

She referred to flooding and Minden having declared four states of emergency (including the current one for COVID-19) in the past seven years. She said they’ve followed local news and know the community was able to raise money to rebuild after the floods, and was successful in changing provincial policy “thereby saving other communities from having to go through the same trials.

“This is the kind of terrific success we like to learn about. As the climate continues to change, communities will experience the upheaval that comes with it, which is why this kind of story is so relevant today.

“As a huge bonus, Minden is jaw-droppingly beautiful with an abundance of natural assets, all of which will be highlighted as we film,” Howell said.

She said they would also highlight things such as the town’s world-class white water preserve, its innovative entrepreneurial spirit, volunteerism and community support.

With an estimated one million viewers per show, she said feedback from other communities they’ve filmed in are economic spinoffs, including tourism and real estate.

With the pandemic, she emphasized that plans are tentative. In addition, up to this point, a significant component has been the live stand-up comedy show at the end of the week of filming, where Harris writes and performs. Howell said it’s not possible at this time for safety reasons so for now they will just film everything except the comedy show. Filming is scheduled for July 15-20 and the show anticipated to be aired in the fall of 2021.

Deputy Mayor Lisa Schell said, “I don’t see any downside to this. I very much look forward to this experience.”

Coun. Jennifer Hughey agreed. She said she’s a huge fan of the show and enjoyed the Wilberforce episode in 2017.

“The title of the show is Still Standing, and we are. We’ve been through a lot. I don’t see flooding, in this case for us, being a negative thing. We’ve learned how to do this, react to it, deal with it, better each time and I think that is something for us to showcase. Our community has learned how to sandbag faster. We have IT, machines and technology working for us now. We’ve obviously come a long way so I think it’s really great that you guys see this.”

An excited Coun. Pam Sayne said she, too, loves the show, and it makes her want to visit the chosen locales.

“This show is so important to this country. You are preserving cultural heritage. I’m so proud we can be part of this. I know the community is going to love it.”

Coun. Ron Nesbitt said, “Even though I was born in Haliburton, I love Minden. It’s a thrill. I’ve never been so happy about something happening as this.”

Coun Jean Neville said it was a fantastic opportunity for Minden.

Mayor Brent Devolin ended the meeting with, “We’re all terrifically excited to go forward with this. Four declarations in seven years, and certainly the COVID one in unlike any others.” He said the town’s perseverance and sense of humour will provide plenty of storylines for the film crew.

Residents reach for the Starlink

The do’s and don’ts of pandemic yard sales