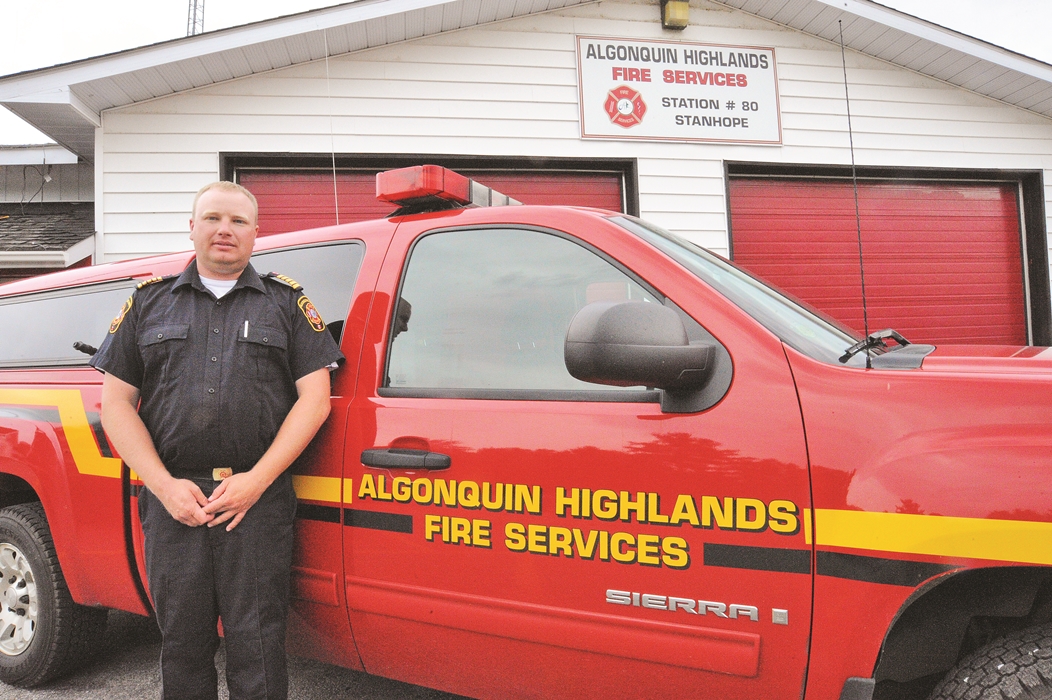 Algonquin Highlands is looking for a new fire chief with Mike Cavanagh leaving the township for a job as deputy fire chief in Peterborough.

Mayor Carol Moffatt announced Cavanagh’s departure in a Facebook post Jan. 4 and it was briefly spoken to at the Algonquin Highlands council meeting last Thursday.

In her post, Moffatt said they were sad to see Cavanagh go but also happy he’d made “an excellent career move” that takes him closer to his growing family.

“Our loss is surely their gain,” she wrote.

Moffatt went on to say, “we’re highly appreciative of everything Chief Mike has achieved over the last five-and-a-half-years, not only with AHFS (Algonquin Highlands Fire Service), but also with the County’s broader emergency services. He’s highly respected and will be missed.”

Cavanagh told The Highlander it’s tough to put his thoughts into words.

“I would say that my time here in Algonquin Highlands has been great. The fire service here and across the County is top notch and the progress we made in my time here is only because of the great firefighters that we have here.”

He thanked council for its support in his years, “as any improvements I proposed they were always supportive.” He lauded the township staff, saying, they “have always been there to help and support both myself and the fire services no matter the request made.” He also expressed appreciation for the fire and paramedic chiefs from across the County, whom he said “will continue to build on the progress made over the past years and the County will be better for it.”

On a personal note, he added, “my wife and I were both born and raised in Peterborough and many of our extended family are still there, so we are excited about the opportunity to further my career in our hometown.”

Minden Hills has a new fire chief, who has taken over for interim fire chief Mike Bekking.

The township is also budgeting for a deputy fire chief but no one has been hired yet.

“In his role as chief for Minden Hills, Nelson will be responsible for the fire and emergency services for the township, carrying out the administrative duties of the fire department and for the proactive leadership, policy and overall operations of the fire services,” Bekking said.

He added that Nelson brings with him more than 25 years of experience in the fire service, both in the field and in various senior leadership roles, such as training officer, deputy chief and fire chief. Johnson’s professional career includes Firemaster Oilfield Services, the Town of Bonnyville, Alberta and the City of Iqaluit, Nunavut.