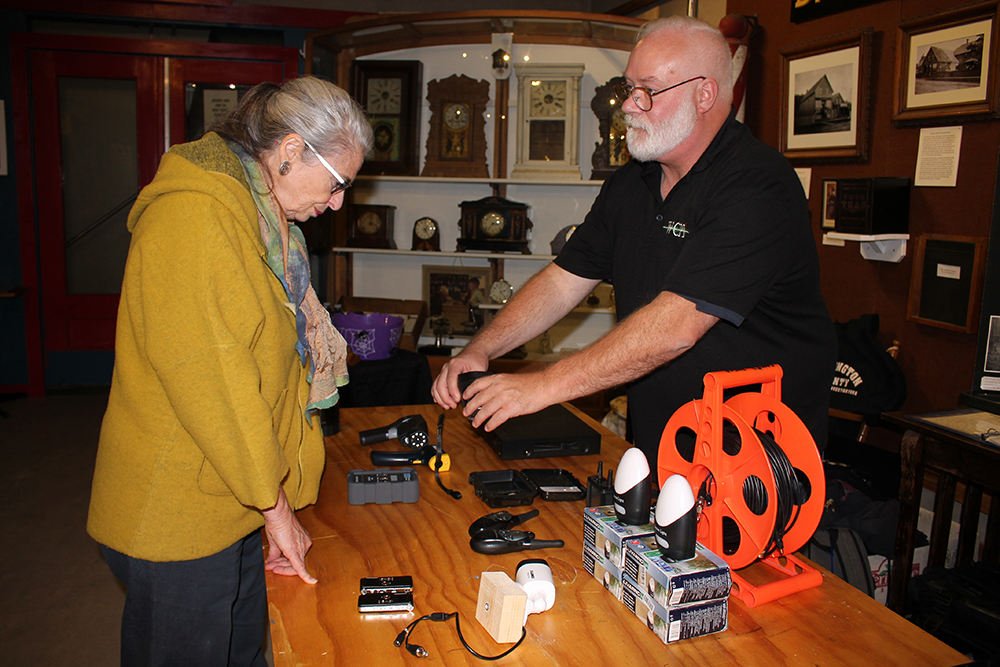 When there was something strange in her neighbourhood, Kate Butler knew who to call: the Wellington County Paranormal Investigators (WCPI).

The Haliburton Highlands Museum director told an audience at the museum Oct. 27 that people have reported spirits of children in the Reid House. She and others have also experienced unexplainable phenomena in the museum. Hannah Sadlier heard chairs moving upstairs when she was alone. Amy Brohm had someone whisper in her ear when no one else was around and Butler heard voices on three separate occasions when she was working on her own.

On Sept. 21 this year, WCPI came to the grounds at Butler’s invitation to find out what was going on.

They brought their findings – and information about their work – to a special paranormal presentation and book signing Sunday night.

WCPI founder Joe Cairney said “we caught two types of evidence … so we did catch some good stuff.”

Lead investigator Jon Griffin said they captured a whispered word “nothing” on their highly sensitive audio recording equipment. Their high-tech cameras also caught images, including in the vicinity of the front porch and in the upstairs bedrooms of the Reid House.

In the museum itself, they found evidence of the paranormal above the pump organ and on the staircase.

Cairney said they planned to come back to try to find out more about what, or who, they had found.

He emphasized they are not ghost hunters, like some television shows purport to be. When invited, they go to investigate, ruling out the normal first. “If you rule out the normal, what’s left? The paranormal,” he said. “It’s absolutely not like the TV. It’s not all TV cameras and signing autographs.”

The museum is continuing to host events as part of its HaliHalloween festivities. Coming up:

Associations warning speeders to slow down