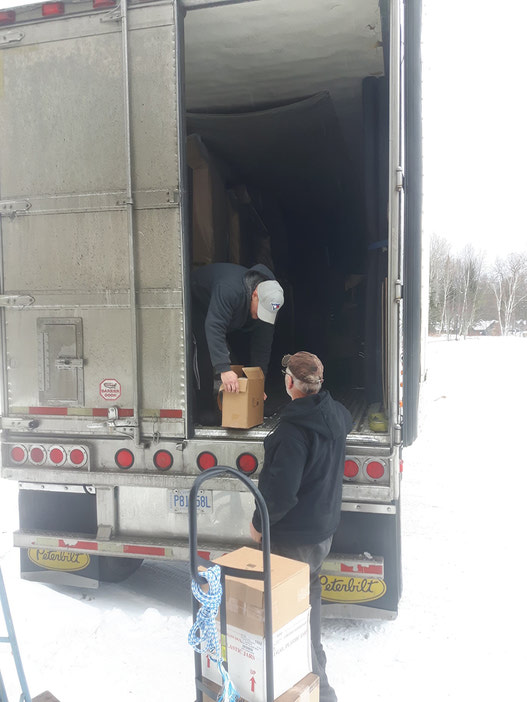 The Pinestone Resort is relaunching a program to take damaged food shipments often bound for landfills and provide them to local non-profits.

The community food share program aims to help provide food shipments to food banks, community kitchens and other programs, according to a Dec. 13 press release. The program primarily acquires non-perishable food items that have been diverted because of package damage during transit, taking them instead to a storage depot in Minden, the press release said.

Pinestone general manager John Teljeur said the idea came from his two years on the board of directors of the Ontario Association of Food Banks, mimicking other food recovery programs.

“To me, it makes sense as a community member we use the power of the resort and our buying power to facilitate this thing,” Teljeur said.

The program originally started two years ago, but ended when Teljeur left Pinestone Resort for some time, he said. Now that he has returned to his position, the program is coming back with him.

Wilberforce Food Bank manager Ken Mott said his organization has gotten an SUV full of food from the program recently. He added the food bank used the program frequently while it was running two years ago.

“It’s a great program. We used it a lot. John had this a couple of years ago and we accessed it pretty much every month,” Mott said. “We kind of wish it would have stayed.”

Teljeur said the early days of the program have been “a little wonky,” as setting up scheduling and contacts takes time. He noted the availability of the food shipments is not consistent and there are logistical challenges with local, volunteer-run organizations.

“There are a few groups that have expressed interest. The challenge for a lot of these organizations is who has the time or the resources to pick this stuff up,” Teljeur said.

The food shipments the program can acquire can vary greatly and has included soup bases, crackers, coffee, sugar and more in the past, he said.

“The shame of the whole thing is that the food that’s there is still in good shape,” Teljeur said. “If you can find a way to divert that from landfill and bring it to somebody else, then everyone wins.”

Any non-profit organization or service club that is interested in getting involved can call John Teljeur at 705-457-1800 ext 4258 or email john.teljeur@gmail. com.