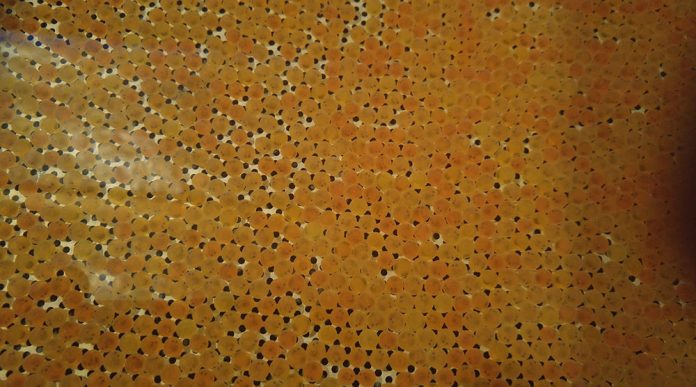 The Haliburton Highlands Outdoors Association (HHOA) is expressing concern with the Ministry of Natural Resources and Fisheries (MNRF) cutting back involvement in the Haliburton Gold fish hatchery program.

HHOA director Dan Smith presented at the organization’s annual general meeting Dec. 2 about the issue. Smith said MNRF intends to pull back from harvesting eggs as part of the program, which stocks area lakes with the native lake trout species.

Smith said the MNRF has previously managed the harvesting of the eggs with its staff and equipment. Starting next year, that will fall unto the HHOA fish hatchery, a change that has a lot of problems, he said.

“There’s a lot of cutbacks happening right now,” Smith said. “This is one that has hit us pretty hard here.”

In an emailed statement, MNRF media relations officer Maimoona Dinani said the change will commence in the fall of 2019 and is “to bring consistency in the ministry’s approach to wild egg collection.”

“The ministry will continue to support the Haliburton Highlands Outdoors Association in building their knowledge and capacity consistent with the approaches of other community hatcheries so they can fully take on this role next year,” Dinani said in the statement.

The Halliburton Gold lake trout are genetically distinct from other lake trout in the province and has been designated a heritage species, according to the HHOA website. The trout is found in only a handful of lakes in Haliburton County.

HHOA fish hatchery manager Randy Charter said the smaller size of the Haliburton Gold makes them well-suited to lake rehabilitation. The program started approximately eight years ago, he said, with Haliburton Gold eggs in the hatchery having a 60-70 per cent maturation rate, compared to about one in a thousand in the wild.

Charter said the hatchery wants to see the program continue. But he added the HHOA having to harvest the eggs themselves represents an additional cost and poses other problems.

“What if we do it wrong? pick the wrong time? That in itself can cause damage to the fish that we’re trying to harvest eggs for, so that’s hurting the population,” said. “They’re the experts, let’s face it. You can’t just give people a crash course and say ‘you’re on your own.’”

Smith said the hatchery plans to continue to have a dialogue with the MNRF about the issue.

“This is a big initiative for Haliburton County, maintaining this strain of Haliburton Gold lake trout,”  Smith said. “We don’t want to drop it.”

At the Jan. 8 County of Haliburton Tourism Committee meeting, the committee passed a resolution by Coun. Patrick Kennedy to recommend county council send a letter to the MNRF requesting the support to the HHOA be re-instated and a copy of the letter be provided to MPP Laurie Scott.

“We need to make sure too the letter lays the case very clearly and passionately,” committee chair Carol Moffatt said. “We don’t want to be responsible for the extinction of something that is a glacial relic.”

Abbey Gardens compost facility not in the cards