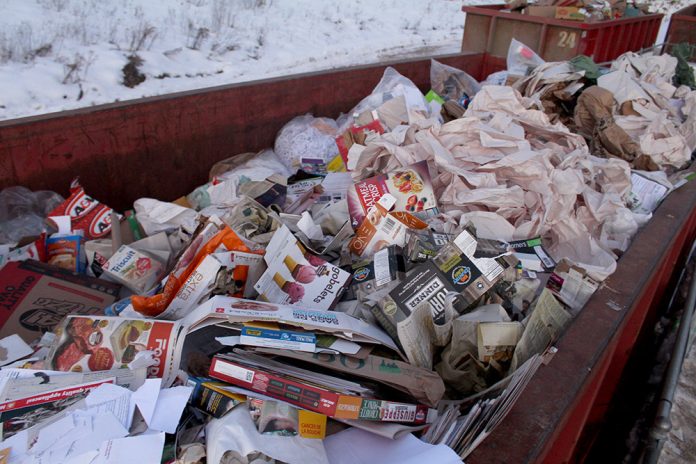 Townships across the county are grappling with higher recycling costs due to a crash in the global recycling commodities market.  The crash is being driven by China, one of the world’s largest recycling importers, decreasing its intake and putting stricter rules for contamination rates, according to a letter sent to area municipalities by Waste Connections of Canada.  Waste Connections of Canada now has recycling contracts in Algonquin Highlands, Highlands East and Dysart et al. District manager Iain Wates said their company is better positioned than many to handle the changing commodity market, but the higher recycling costs are here to stay.  “Everybody’s dealt with low pricing and all those kinds of things, but never has there ever been anything quite like this before,” Wates said. “It’s turned the recycling commodity world upside down and that’s not about to change.”  Highlands East estimates it will have spent $19,365 by the end of the year for increased processing fees compared to 2017, according to environmental supervisor Stewart Hurd. Projections were not yet available for 2019. Minden Hill’s plastic recycling processing rates fell in 2018, according to environmental and property operations manager Ivan Ingram. However, a staff report from Ingram indicates those costs are expected to rise for 2019, requiring a $27,000 budget increase for recyclable transportation and processing.  Algonquin Highlands operations manager Adam Thorn said he is not expecting any major changes to material processing costs in the very near future, though it has a contracted increase based on the consumer price index, which was 2.2 per cent in 2018.  Dysart et al is projecting to have spent over $31,000 more in recycling costs in 2018 compared to 2017, according to director of public works Rob Camelon. After switching its contractor to Waste Connections of Canada at its Nov.27 council meeting, the municipality anticipates its 2019 recycling costs will fall over $8,000 below 2017 levels.  Dennis Casey, who served as the chair of the Dysart et al Environmental and Conservation Committee in the last term, said the recycling cost increase was sudden and required the municipality to use $20,000 being saved for new scales at the Haliburton landfill.  “Over a period of the next few years, the recycling issue, at a municipal level, the cost is going to become quite significant,” he said.  Casey said it was unfortunate, as the scales would allow the municipality to better manage what is being brought into the landfill and create more revenue. He further said he expects recycling standards will become stricter in the future.  “Contaminated bins would be harder to work with and they’ll be fussier in terms of what’s in the bins,” he said.
Algonquin Highlands and Highlands East councils both discussed a mistaken letter sent to the two municipalities from Waste Connections of Canada about increased recycling costs.
The letter also said there is a need for less recycling contamination and raised the possibility of customers suspending recycling programs due to costs.
Wates said the letter was never intended for the two municipalities, whose recycling contamination levels are low. The letter was intended for the commercial customers of municipalities in other districts, he added.
He further said the company has tried to manage processing cost increases by providing additional revenue sharing for municipalities, but there is no way around recycling costing more.
“We’re going to continue to serve our partners to the best of our ability and do the best we can to minimize costs for them,” Wates said. 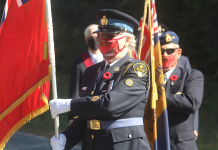