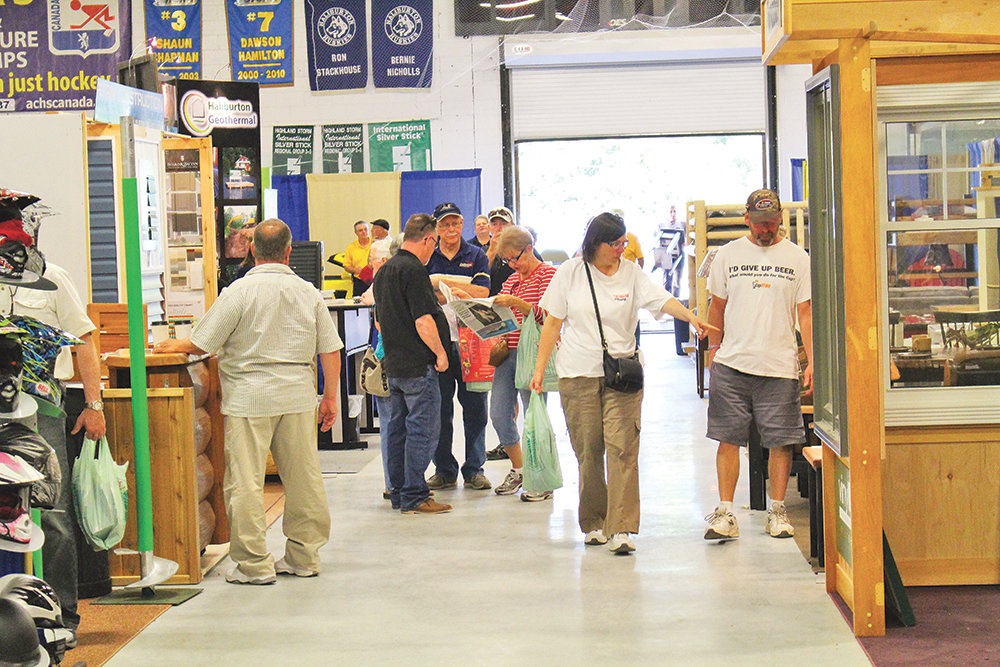 After a forced two-year hiatus, the Haliburton Home and Cottage show is returning to the Highlands in June.

Put on by the Haliburton Curling Club, the three-day extravaganza is one of the largest and most popular events in the community according to organizer, Dave Taylor. It has been running since 1977.

The show will take place during the first weekend in June.

“It’s definitely nice to be back. We haven’t been able to run a show since 2019,” Taylor said. “Traditionally, this has been one of the big community kick-offs to the summer season. We have lots planned for this year’s show – lots of familiar faces will be involved, while we’ve also seen a lot of new vendors jump on board. I think it’s going to be a great event.”

The show will be taking place at the Haliburton Curling Club and A.J. LaRue Arena.

Taylor said he’s around 80 per cent booked up as far as vendors go, with around 160 local businesses and community groups to be featured. There will be businesses specializing in docks, indoor and outdoor furniture, sporting goods and water toys, sheds, gazebos, septic systems, building and contracting, and landscaping on hand over the course of the event.

Also returning is the popular doggy daycare service that debuted in 2019. “That was a big hit when we introduced it. It’s something we do at no charge,” said Glenn Scott, who has helped organize the show for several years. “Basically, we’ll take care of your pet for a couple of hours while you’re browsing around. We have a couple of ladies that provide the services, and they’re really great at what they do … People liked it because they could bring their pets, and then others enjoyed stopping by to see all the dogs.”

While the event has typically drawn between 2,500 and 3,000 visitors in the past, Taylor said he expects the recent surge in new residents in Haliburton County to have an impact on attendance.

There will be several non-profit groups with booths, including Haliburton Rotary and Haliburton Highlands Health Services Foundation.

“We think this could be a great way for those new to the area to come out and learn about some of the services, some of the groups we have in our community … We strive to make sure this show has variety, that there’s lots of different things for people to check out,” Taylor said. “It’s also a pretty big [economic] driver. It brings people into town.

“We’re just excited to be putting on a show again. It’s been a rough couple of years for everyone, so having something like this to look forward to is really nice,” Taylor said.

Show hours are 4-9 p.m. June 3, 10 a.m. to 5 p.m. June 4 and 10 a.m. to 3 p.m. June 5. Admission is $3 for adults, while kids can get in for free. For more information, visit haliburtonhomeandcottageshow. com. To enquire about becoming a vendor, contact halibhomeshow@gmail.com.

Dropping the puck for Garry